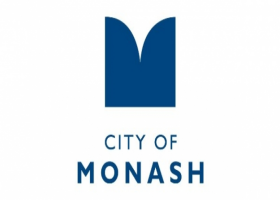 The City of Monash is 81.5 square kilometres, located 20 km in Melbourne’s southeast with an estimated population of 175,056. The City of Monash is one of the most culturally, linguistically and religiously diverse municipalities in Melbourne, with more than 50% of the population born in a country other than Australia, and more than 50% of households speaking a language other than English at home. The top overseas countries of birth for Monash residents include: China, India, Sri Lanka, Malaysia, and Greece.

Council has a strong commitment to its community, supports cultural diversity and values and respects the expression of difference. Monash Council has demonstrated significant leadership in the areas of multicultural policy development, service provision, inclusive participation and engagement of culturally and linguistically diverse community in the civic life of the municipality.

Council has in place a number of policies, programs and initiatives that welcome and support refugees and migrants living in the municipality and that embrace and celebrate cultural diversity. These take a ‘whole of council approach’ and include:

Racism it Stops with me Campaign

Monash Council is a partner in the ‘Racism. It Stops With Me.’ campaign overseen by the Australian Human Rights Commission.

The Monash Multicultural Action Plan 2013-2017 outlines a number of actions to be implemented over a four year period that will address issues important to culturally and linguistically diverse communities in Monash.

We speak your language

Council provides translations of its documents and interpreting services to CALD communities to ensure access to Council services, programs and information.

A cross cultural awareness training program is offered to Council staff on an on-going basis and is embedded into Council’s Corporate Training program.

Council organises annual events for the celebration of Cultural Diversity Week, Refugee Week and A Taste of Harmony, in partnership with key local organisations and Council staff.

The Monash Interfaith Gathering (MIG) is supported by Monash Council and brings together faith leaders in the City of Monash to support interfaith dialogue and interfaith and intercultural relationship building. The MIG has undertaken a number of projects and initiatives since its inception in 2006. These include annual community forums; Leadership Training for faith leaders; an Interfaith Exhibition; a Tour of Places of Worship and the Interfaith Expo. The MIG meets bi-monthly.

Monash Council celebrates cultural diversity through a number of public events such as festivals. It currently supports the annual Chinese New Year Festival, the Flavours of Oakleigh Festival, the Glendi Festival and the Clayton Community Festival.

Council’s Monash Youth and Family Services provide a range of programs and services to CALD young people and their families, in partnership with local service providers.

Hume City Council (Hume) is the third largest LGA (local government areas) in Melbourne and the traditional lands of the Gunung-Willam Balluk clan of the Wurundjeri Woi-Wurrung people. Today, Hume has residents from 156...

The Shoalhaven Local Government Area is located approximately 190kms south of Sydney and is bordered by mountains, coastal plains and beaches. Just over 12% of our population were born overseas and we have been a...