Operation #NotForgotten was developed in 2019 as a community-led response to provide private sponsorship to Canada for refugees who have been caught in Australia’s offshore processing regime and are stuck in Papua New Guinea, Nauru or in detention in Australia and have been left with no viable resettlement options, having been excluded from Australia’s resettlement deal with the United States.

Who is involved in Operation #NotForgotten

We need your help right now 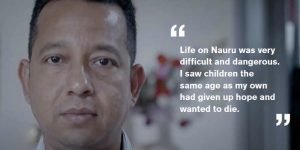 As at December 2022, just under 1,300 people remain in Australia’s offshore processing arrangements – 75 in Nauru, 92 in Papua New Guinea and around 1,130 medically evacuated to Australia. Those evacuated to Australia remain in community detention or are living on Final Departure Bridging Visas, with no access to a financial safety net. The Australian Government policy (supported by both the recently elected Labor government and the Liberal-National opposition) is that refugees from this group will not be allowed to settle permanently in Australia.

With this policy remaining in place, hundreds of refugees face the prospect of being left with no permanent home and no opportunity to put their past persecution in their country of origin and their decade of mistreatment under Australia’s offshore processing policy behind them. The United States, which has resettled around 1,075 refugees since 2017, is close to the end of its resettlement arrangement and is receiving no new applications. Resettlement to New Zealand (which the Australian Government finally agreed to in April 2022 after nine years of delay) offers 450 places over the three years to June 2025. This leaves private sponsorship to Canada as the only resettlement alternative for those not included in arrangements with the United States and New Zealand.


The case for supporting Operation #NotForgotten is explained in two short videos:

What is involved in sponsorship

Under Canada’s Private Sponsorship of Refugees program, the Sponsorship Agreement Holder must have fulfilled the following prerequisites before an application can be lodged:

Given the sponsorship program also reunites families which have been separated by refugee flight, funds and support must be available for a spouse or children under 22 years who are in other countries.

As Operation #NotForgotten is sponsoring a mixture of single adult refugees and family groups, the current average cost per person is around AUD16,500. The funds raised for sponsorship ensure that newly arrived refugees in Canada have money to live on during their first year. Refugees (like other new arrivals to Canada) have to wait 12 months before being eligible for any income support available from Canada’s provincial governments.

More information about Operation #NotForgotten can be found on the MOSAIC website. For refugees interested in more details, MOSAIC has produced a Frequently Asked Questions (FAQ) document about Operation #NotForgotten in English, Bengali, Persian and Tamil. This sponsorship opportunity is only for refugees and eligible asylum seekers who were sent by Australia to Manus Island or Nauru between 19 July 2013 and December 2014. To be eligible, people seeking asylum in this group (those currently without formal refugee status) would need to meet the Canadian Government’s Country of Asylum Class criteria. 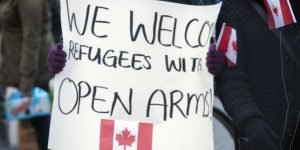 Fundraising for Operation #NotForgotten began in August 2019, initiated by Laurie Cooper of Canada Caring Society, and the first applications were lodged in December 2019. As at December 2022:

I want to help, what can I do?

The Refugee Council of Australia is receiving tax-deductible donations for Operation #NotForgotten from people resident in Australia. You can donate via Credit Card here.

Donations over $5,000 can be deposited directly into our bank account. Please email manager@refugeecouncil.org.au so we can identify your payment. Account name: Refugee Council of Australia. BSB: 062 033. Account number: 1043 2319

Please also consider sharing our Operation #Not Forgotten infographic with your friends and networks.