How Australia determines if a person is a refugee

The process by which a person is recognised as a refugee varies from country to country. In many developing countries, it is the office of the United Nations High Commissioner for Refugees (UNHCR) that makes the decision. In most western countries, governments have set up structures, either administrative or judicial, for examining claims.

Since 1993, Australia has had a two-stage administrative determination procedure, although there have been many changes to this procedure.

For those with a valid visa

Applying to the Department

A person with a valid visa applies to the Department of Home Affairs (previously the Department of Immigration and Border Protection) by providing information about their identity and claims. The application is assessed by an officer of the Department to determine whether the person meets the criteria for a visa. The main criterion is that the person is a refugee or cannot otherwise be sent back to a country under international law. The officer will generally interview the applicant.

Applications can be received from individuals or from family groups. In the case of the latter, the claims of each member of the family should be examined. It is quite possible that the male head of household may not be a refugee but the wife or any of the children may be. If one member of the family is determined to be a refugee, the whole family is granted refugee status.

The person and his or her family must also satisfy other criteria, including health and security checks. The application can either be accepted or rejected.

Review by a tribunal

If the application is rejected, the applicant can ask for the Administrative Appeals Tribunal (AAT) to review the decision. The AAT took over the previous role of the Refugee Review Tribunal (RRT). The AAT  is an independent statutory body which reviews the decision on its merits (that is, considers whether the person qualifies for protection).

If the AAT agrees with the Department’s decision, then there are two possible options. The applicant can ask the Federal Circuit Court to review the decision, but the court cannot look at the merits of the claim (ie. whether or not they need protection). Instead, the court can only consider whether the determination was conducted in accordance with the law. If the Court finds in favour of the applicant, the AAT must reconsider its decision, but this does not mean that the applicant is necessarily granted refugee status.

A person can request that the Minister exercise his or her non-compellable discretionary powers to grant a visa on humanitarian grounds if there are unique or exceptional circumstances. This power is exercised rarely.

For those arriving by boat

Since 2015, a new process called ‘fast tracking’ applies to around 30,000 people seeking asylum who arrived on or after 13 August 2012. People who are affected by this process are invited by the Department to apply for a visa, with priority given to children and those in detention. Others are invited in the order they arrived in Australia.

This process involves an interview by the Department of Immigration and Border Protection. However, there are shorter timelines for the process, stricter rules relating to evidence and identity, and very limited access to a review on the facts. Importantly, only a small number of people affected by this process will have access to government-funded legal representation. 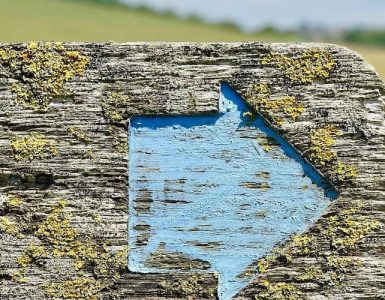 This resource is for people looking for a quick guide on refugees in Australia, with links to the rest of our website for more information.

Refugees in AustraliaGet the facts

Print thisWe are providing answers to frequently asked questions about the Medevac Bill here, including from other organisations with relevant expertise. We thank the experts who have agreed to provide answers to our...