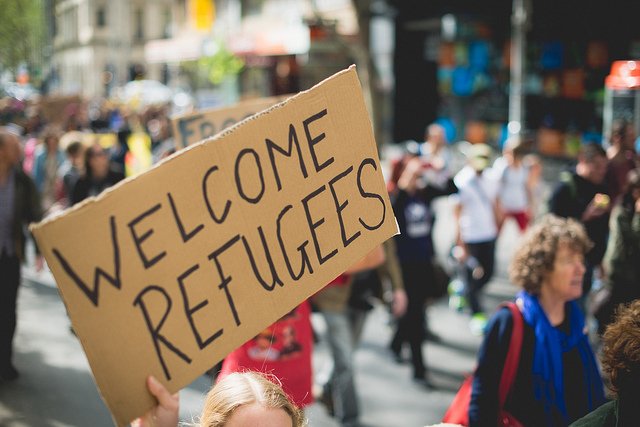 Refugee advocates often find themselves stuck for words on how to answer some of the more complex and pressing questions on refugee policy. Here are some suggested answers to some of the curly questions we often hear at the Refugee Council of Australia, based on our three key priorities for 2022.

The Australian Government hasn’t actually sent anyone to offshore processing since 2014. Independent academics have found that the policy of offshore processing is not an effective deterrent to irregular maritime migration. Former Liberal Prime Minister Malcolm Fraser (1975–1983) noted in 2013 that no deterrence policy can stop people fleeing war and persecution:

If they are genuine refugees, there is no deterrent that we can create which is going to be severe enough, cruel enough, nasty enough to stop them fleeing the terror in their own lands.

Offshore processing is about saving lives. Will this cause further deaths?

Offshore processing has not saved lives. In fact, it has contributed to the deaths of many people and caused significant mental and physical harms for others. Since its reintroduction in 2012, 18 people have died in offshore processing (or in Australia, following medical evacuation). For those who have survived, most have suffered significant harm, including deterioration of mental health, physical and sexual abuse, and lack of access to vital healthcare. The UN High Commissioner for Refugees, Filippo Grandi, observed: ‘there is a fundamental contradiction in saving people at sea, only to mistreat and neglect them on land.’

This policy is designed to stop people smugglers preying on desperate people.

Because of the high risks involved, people utilise irregular routes and pay for smugglers only when the reasons are compelling. People experiencing persecution in their home country generally cannot find safe and regular ways of travelling to Australia (or many other countries which have signed the Refugee Convention) because immigration officials systematically deny temporary visas to people who might seek to remain to seek asylum. Refugees might be able to get a tourist visa to some countries in Asia or the Middle East but, in almost every case, those countries have not signed the Refugee Convention and treat anyone with an expired visa as an illegal immigrant, even refugees recognised by the United Nations. With no legal status, no legal ways of supporting themselves and no option of returning home, engaging a smuggler becomes one of the few options available. If the Australian Government were serious about addressing people smuggling, it would focus on providing additional pathways to safety (such as the temporary visa options now available to Ukrainians) and working with our neighbours in Asia to better protect refugees.

Will this reward people for arriving without a visa by boat, and will it encourage more arrivals?

Our proposal does not encourage more people to come by boat. This proposal only affects those who are already in Australia. Between July 2004 and November 2007, the Howard Government gave permanent protection to more than 9,500 refugees previously on TPVs but did not regard this as a pull factor. When Scott Morrison as Immigration Minister introduced the SHEV visa with a possible pathway to permanent residency, he also did not deem it to be a pull-factor.

Will they take Australian jobs?

Our proposal is for people who are already living in Australia and are likely to remain in Australia forever (despite being on a temporary visa). They are already contributing to our economy. Further, research based on data from Deloitte Access Economics shows that migrants and refugees increase Australia’s Gross Domestic Product (GDP) and create, rather than take away, jobs.

Research from Curtin University and Murdoch University shows that giving refugees on TPVs and SHEVs will support people to settle into the community and contribute to the economy. The permanent settlement of SHEV and TPV holders currently living in Australia is likely to generate around $6.75 billion for the Australian economy over a five-year period. In addition, allowing SHEV and TPV holders to remain in Australia is also likely to increase total employment in Australia with around 57,233 FTE positions added to the Australian economy over a five-year period. Bringing additional family members will further increase these values, as demand for goods and services increase.

Are these people law-abiding residents?

Our proposed policy is for people who have been recognised as refugees by the Australian Government. They have already been in Australia for at least nine years. During this time, they have been law abiding residents and upheld their obligations as per their visas (which includes abiding by a code of conduct and not breaking the law).

This will cost Australian taxpayers a lot of money. What’s in it for me?

While refugees may need support in the first few years of settlement – while they are learning English and finding work – they more than make up for it in later years, in terms of tax contributions and overall benefit to the economy. Deloitte Access Economics and Oxfam found that an increase in the humanitarian intake to 44,000 per annum over a five-year period would increase the size of the Australian economy by $37.7 billion net present value terms over the next 50 years. On average, Gross Domestic Product (GDP) could be $4.9 billion greater.

Refugees don’t take jobs but help to create them. Deloitte Access Economics and Oxfam found that increasing the number of refugees resettling in Australia to 44,000 would sustain on average an additional 35,000 full time equivalent jobs and increase private consumption by $18.2 billion.