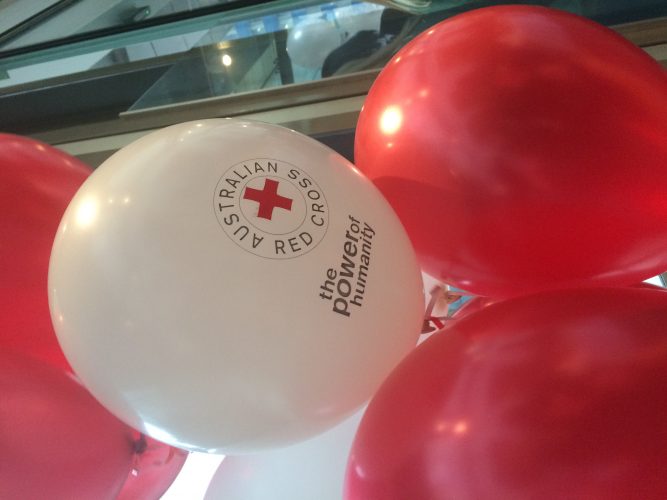 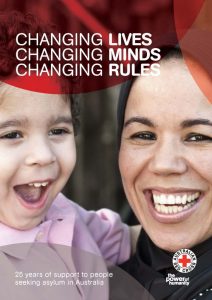 In 2018, Australian Red Cross found out it would no longer be funded by the Australian Government to provide support to people seeking asylum under the Status Resolution Support Services program. The end of the contract proved a perfect time to celebrate the work the Red Cross has done in providing support to people seeking asylum. It has recorded that history in its remarkable report, ‘Changing Lives, Changing Minds, Changing Rules’.

Since February 1993, Red Cross has supported many people who had suffered through conflict through the Asylum Seeker Assistance Scheme (ASAS). This included the East Timorese, Sri Lankan Tamils, Chinese nationals after the Tiananman Square incident, and Fijians affected by the 1987 coup.

Red Cross also was involved with the government’s Safe Havens initiatives in 1999, reconnecting many Kosovars and East Timorese with their families. It had been helping families reconnect with those in immigration detention since 1991, one of the many examples of its work with vulnerable people in this time.

Collaborating with the sector

Red Cross built valuable relationships across the sector and wider community to create a supportive network for people seeking asylum. In the mid-1990s, it helped establish the Asylum Seekers Interagency in NSW. This forum continues to foster collaboration and information-sharing across the sector.

In the early 2000s, Red Cross supported the East Timorese as their claims for protection were heard. By understanding their complex situation, it ensured authorities had all relevant information when making a decision. Most of these clients were successful in staying in Australia on permanent visas.

Red Cross also helped refugees transferred from Christmas Island and Nauru adjust to Australian society. The Emergency Relief Support program began in 2002 to provide essential financial and material aid to people without other support. The increasing needs in this decade saw Red Cross and the sector grow. This led to productive collaborations and in some cases systemic changes. For example, community detention (as an alternative to held detention) was introduced in 2005. The Community Care Pilot (CCP) was introduced in 2006.

By the end of the decade, Red Cross had formalised its role as a humanitarian observer. This meant it could expand its visits to those in detention. Since 1991, Red Cross had provided material and emotional support to those detained. In 2009, its role expanded to include observations, humanitarian monitoring and evidence collection through confidential interviews with detainees. It was able to engage formally and directly with the Department of Immigration, safeguarding the dignity and well being of those detained.

Red Cross has faced new challenges in the tumultuous political environment of the past decade. In 2017, the Australian Government set an arbitrary deadline of October 1, 2017 for all protection claims to be lodged for those arriving by boat between August 2012 and January 2014. Red Cross, together with its sector partners, worked tirelessly to ensure its clients met that deadline with legal help.

In 2017, it also faced the pressing needs of a group of people who had been transferred from offshore centres for medical reasons, and then suddenly transitioned onto bridging visas with no support. Red Cross mapped and navigated the material and psychological needs of these people, raised extra funds through donors, and with sector partners successfully argued for $600,000 in funding from the Victorian Government for those affected.

In 2017, Red Cross also established Suicide Prevention Training, crowd funded and created in collaboration with Professor Nicholas Proctor. This program helped to address the severe mental health problems often seen in those who had come by sea.