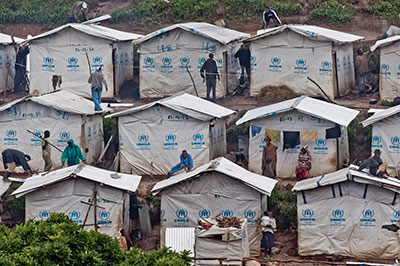 Documents obtained by the Refugee Council of Australia through freedom of information (FOI) show that less than one third of people resettled through Australia’s Refugee and Humanitarian Program are referred by UNHCR. This increasing trend towards selecting refugees based on community links in Australia undermines the principle that Australia should be taking the most vulnerable refugees. While in the 2012-13 financial year Australia selected 80 per cent of its intake from UNHCR referrals, in the 2018-19 financial year the Department only resettled 23 per cent from the UNHCR.

How are refugees selected for resettlement in Australia?

Australia’s Refugee and Humanitarian Program contains two separate pathways, the Refugee Program, for people recognised as refugees and often referred by the UNHCR as in need of resettlement, and the Humanitarian Program, for people who, while not necessarily being refugees, are subject to substantial discrimination amounting to a gross violation of their human rights in their country of origin. The Humanitarian Program requires that a person have ‘substantial links’ to the Australian community, often in the form of a community proposer. While this enables the reunification of family members, there are concerns that a greater emphasis on resettling refugees with community links undermines the principle that Australia should be taking the most vulnerable, as identified by UNHCR.

Further, FOI documents reveal that even those coming through the Refugee Program, which is usually set aside for UNHCR referrals, are being selected outside of recommendations of UNHCR. For example, last financial year, 3,323 of the 6,666 Refugee Visas were granted to people not referred by the UNHCR, representing half of the subclass. This is reflected in the following graph:

Why does this matter?

It has been RCOA’s position that refugee resettlement should be reserved for the most vulnerable, for whom there is often no other durable solution available. As worldwide resettlement is less than 1 per cent of the refugee population, Australia must ensure that those it takes are indeed facing the most risk. The best way to identify the most vulnerable is through the UNHCR, who conducts assessments and determines those in need of resettlement. Further, these figures are in contrast to the then Prime Minister’s Abbott’s statement that in resettling refugees from Syria and Iraq, Australia will be “working with the UNHCR to identify potential candidates for resettlement.”

RCOA is concerned that selecting refugees based on community link to Australia favours refugees who may not be the most vulnerable. While the Humanitarian Program is often the way for former refugees to bring their families to Australia, RCOA believes this should take place through a separate humanitarian family reunion stream. Further, there are community concerns that Australia is ‘cherry-picking’ refugees based on other criteria, such as English language, skills or religion.

How their date and mode of arrival matters more than their persecution Since 2013, more than 23,000 Afghans have come to Australia – or sought to do so – to escape the Taliban’s insurgency and ultimate takeover of the...