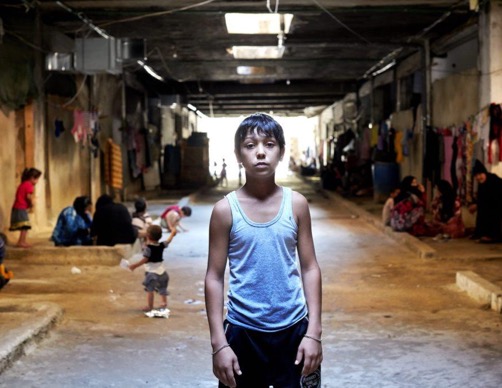 The 2014-15 submission was prepared in the months following the election of the Federal Coalition Government and focuses on Australia’s response to international refugee needs; community views on refugee and asylum policy changes that took place in 2012-13; and the new Coalition Government’s refugee policy and future plans.

The number of people displaced by persecution, conflict, generalised violence and human rights violations increased significantly in 2012, largely due to conflicts in the Democratic Republic of the Congo, Mali, Syria and the border area between Sudan and South Sudan. At the same time, the living conditions of many refugees remained as difficult as ever and millions remained in protracted situations with no prospect of a durable solution in the near future.

The gulf between resettlement needs and available places remained wide, with just 89,007 refugees resettled in 2012 out of the 691,000 refugees the United Nations High Commissioner for Refugees (UNHCR) has identified as being in priority need of resettlement. As challenging as global conditions for refugees were at the end of 2012, the situation became considerably worse in 2013, as the brutal civil war in Syria created refugee movement beyond anything seen for two decades.

In summarising the concerns raised by non-government organisations (NGOs) at the international level in 2013, the Refugee Council of Australia (RCOA) identified nine global challenges facing UNHCR, governments, NGOs and communities in responding to the needs of refugees:

Many of these concerns were echoed by diaspora communities in Australia through community consultation processes conducted over the past 12 months by RCOA. Some raised ongoing concerns about conditions in countries of refugee origin, with long-standing persecution and insecurity continuing to drive displacement and limit opportunities for safe return.

Representatives from several communities spoke of the pressure faced by some groups of refugees to repatriate despite ongoing fears of persecution or despite conditions not being conducive to safe and sustainable return.

Others highlighted the untenable conditions faced by refugees in different parts of Africa, the Middle East and Asia, with many living in situations where they do not have a secure status (and are consequently at risk of arrest and detention), lack access to education, healthcare, livelihood opportunities and even basics such as food and water, face ongoing harassment, violence and exploitation (including through human trafficking and extortion) and experience difficulties in accessing UNHCR, refugee status determination processes and durable solutions.

Consultation participants saw the potential for Australia to play a significant role in responding to these and other global protection challenges. Many called on Australia to increase its resettlement intake in response to growing protection needs internationally and acknowledged the importance of the Australian Government continuing and expanding its funding to UNHCR.

Participants also highlighted the important and potential role of Australia’s overseas aid program in addressing issues which drive forced displacement in countries of origin and alleviating the suffering of displaced populations in countries of asylum. A number of consultation participants called on the Australian Government to play a greater role in advocating internationally to prevent displacement and address protection issues, including through its role as a member of the United Nations Security Council.

As in previous years, a number of consultation participants emphasised the need for greater cooperation on refugee protection in the Asia-Pacific region and saw the potential for Australia to play a lead role in developing this cooperative regional approach. Feedback on what Australia’s resettlement priorities should be in the context of global needs was, unsurprisingly, mixed.

While some community members felt that Australia’s resettlement priorities should align with UNHCR priorities, others cautioned about resettling new groups and advocated for the focus to continue on communities that have recently arrived so that communities can build a critical mass and families are able to be reunited. Many consultation participants called on the Australian Government to focus on the most vulnerable and in need of resettlement, namely women and children, those in protracted situations and minorities in particularly dangerous situations.

Many people spoke about the need to focus resettlement efforts on refugees who were being forced on from countries of asylum where security is rapidly deteriorating (this related most commonly to refugees living in Syria). A number of consultation participants felt that Australia’s resettlement program should include a stated focus on family reunion and that the family members of refugee and humanitarian entrants in Australia who meet UNHCR criteria should be considered as a priority for resettlement.

For the past two years, RCOA has put forward a set of principles to guide Australia’s response to international refugee needs. We believe these principles remain as relevant as ever in the face of current global challenges: