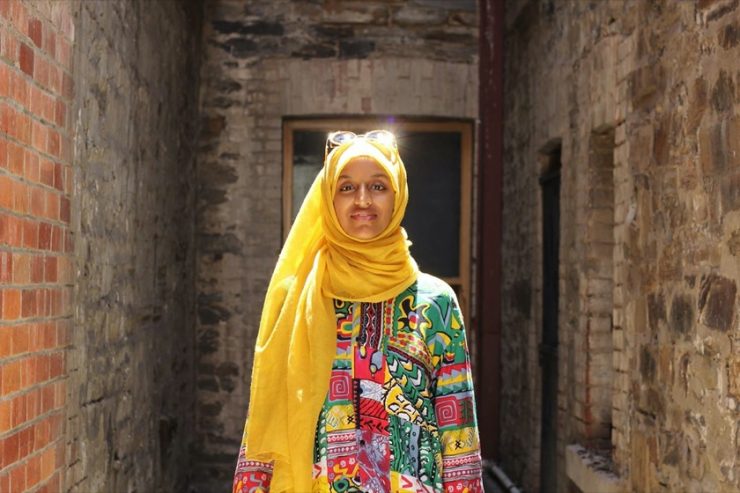 Manal Younus is an Australian based freelance storyteller from Eritrea who believes that language and stories are the very fabric of our existence. Using her writing and performance , Manal explores different aspects of life from perseverance, identity, travel and truth. She speaks on a vast number of issues including youth leadership, gender and female empowerment, faith, blackness, culture, language, migration, displacement, racism and interculturalism. The young artist also facilitates writing, performance, public speaking, youth empowerment and intercultural awareness workshops in schools, community groups and professional environments to encourage others to develop their own voices and to be aware of the impact of doing so.

Reap’ and launched it with a national tour with official launches in Adelaide, Melbourne and Perth and feature performances in Queensland and New South Wales. In 2016, Manal represented Australia at the Georgetown Literary Festival in Penang, Malaysia. Now, Manal travels frequently around the country to perform and facilitate workshops for schools in each state and territory, as well as to perform and speak at public events and conferences with a range of different audiences.