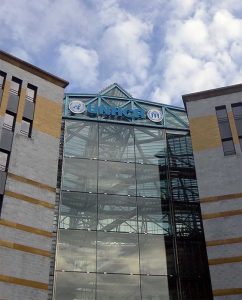 Australia is a party to the Convention relating to the Status of Refugees and the Protocol Relating to the Status of Refugees. Article 35 of the Refugee Convention obliges states parties to cooperate with UNHCR in the exercise of its functions, in particular its duty of supervising the application of the Refugee Convention. It also expressly obliges states parties to provide UNHCR with relevant information and statistical data upon request.

UNHCR has headquarters in Geneva and offices in 500 other locations in 131 countries, including an office in Canberra. The Canberra office, which has 10 to 15 paid staff and a small number of paid interns, is headed by Louise Aubin, who represents the High Commissioner for Refugees. It is responsible for Australia, Cook Islands, Federated States of Micronesia, Fiji, Kiribati, Marshall Islands, Nauru, New Zealand, Niue, Palau, PNG, Samoa, Solomon Islands, Tonga, Tuvalu and Vanuatu. It promotes refugee protection in the region by monitoring relevant law, policy and practice and engaging in capacity building activities.

In relation to Australia, UNHCR has been a strong public critic of the regional processing arrangements with Nauru and PNG and also the treatment of the ’legacy caseload’ of unauthorised maritime arrivals in Australia. However, its more usual approach to discharging its duty of supervision is to have discussions with government behind the scenes. As one informant commented: It’s really tough for them. Because the stronger stance they take against the government, the less influence they have. They need to find a point at which they can actually make a difference to people’s lives and ensure protection.

While one informant thought that UNHCR had not got the balance right being ‘too apolitical and worried about their funding rather than making strong statements in support of refugees and people seeking asylum’, most thought that UNHCR was not afraid to speak the truth as the organisation saw it. In particular, a number of these informants expressed the view that UNHCR had played a valuable accountability role by placing information about regional processing on the public record and ‘calling out’ the Australian government for its conduct. For example, one informant said:

Those reports that they’ve done on Manus and Nauru have been really important and really valuable. I mean some of our members provide me the firsthand accounts and then you have the government saying something completely different! And I think when you have a body like UNHCR who provides that more authoritative report that corroborates, you know, what our own members are saying, it’s really important and valuable. Even though the government will still dismiss it … I think for a lot of people it is sort of a little bit harder to just dismiss it.

There were two points of general consensus. First, that UNHCR did not have the resources necessary to fulfil its mandate properly but did the best that it could within the constraints it faced. Second, that, despite its best efforts, UNHCR had not been very effective in getting the current Australian government to comply with its Refugee Convention obligations, primarily because the government had very little respect for its supervisory role.

One informant gave an example from ten years back of asking the Canberra office to intervene to prevent a removal from Australia scheduled for the following morning. The office had responded at about 10pm on the day of the request indicating that it would do what it could. The case had a happy ending. UNHCR managed to secure a stay of removal and, while the person in question was detained for a considerable period of time thereafter, he was eventually granted a permanent protection visa. By contrast, a couple of informants, who had more recently sought assistance from the Canberra office in relation to individual cases involving imminent removal or detention, had found that the office was unable to respond quickly enough.

Other factors can also affect UNHCR’s ability or willingness to intervene in particular cases. One experienced informant gave the example of UNHCR’s reluctance in the early 1990s to assist in cases involving Cambodian people seeking asylum in Australia because it took the position that it was safe to return to Cambodia and was ‘shipping people back’ from Thailand to Cambodia at the time. The same informant referred to UNHCR’s public support for the Australian Labor government’s arrangement with Malaysia, as an example of UNHCR displaying a tendency both to formulate its position on issues relating to Australia in the context of its wider agenda and to favour pragmatism over principle. Another experienced informant said: It has to reach a certain threshold for UNHCR to get involved and often it has to represent a systemic state of affairs because they don’t have the capacity to deal with every case. So, we’ve learned over the years which cases they would be more interested in and which cases they potentially can get an outcome for.

That informant’s organisation only made requests for UNHCR intervention with the Australian government about three times a year. For example, ‘if it is a resettled South Sudanese who commits a crime, is thrown into detention and could be detained indefinitely, we’d go to UNHCR and say “Hey, this is one of your refugees”.’ The same informant noted that, while UNHCR intervention had achieved positive outcomes in some past cases, ‘it will depend on the government of the day and I think the reality is under the current government they are not that interested in UNHCR’s opinion on anything.’ Reflecting a similar belief, a couple of informants said they did not seek UNHCR intervention in individual cases because such intervention was unlikely to achieve better outcomes than their organisations could achieve on their own.

In order to participate, an NGO must be a member of the International Council of Voluntary Agencies, which co-organises the consultations, or have consultative status with the UN Economic and Social Council and a demonstrated interest in the area, or be an implementing or operational partner of UNHCR. RCOA ( coordinates the participation of the Australian NGO representatives, of whom there were 27 in 2019 (including 14 people from a refugee background).

Twelve key informants indicated that their organisations had provided information to UNHCR about systemic issues identified through their work either during events such as those mentioned above or by making direct contact with UNHCR’s office in Canberra and/or Geneva depending on the issue. Not all Australian matters are of interest to Geneva but Australian policies which have export potential such as regional processing arrangements are. The main purpose of providing information to UNHCR was to inform its ongoing dialogue with the Australian government.

Using information made available by UNHCR

UNHCR’s Refworld website is the go-to place for researchers and lawyers seeking UNHCR’s policy and guidance documents or material relevant to refugee status determination. UNHCR also has a global website and many country and regional sites with content of more general interest. The Canberra office website provides information on what it does and has sections with the media releases and publications that it has generated. The publications include position papers, submissions made by UNHCR to parliamentary inquiries, and reports on some of UNHCR’s monitoring visits to the regional processing countries.

Sixteen key informants mentioned that they had used information made available by UNHCR in individual case work or broader policy/advocacy work. For example, one informant said: I think their work on the conditions in offshore detention is really valuable for us to provide accurate information and statistics to our constituency. People ask very often ‘why this, why that?’ And we would rely on UNHCR rather than, you know, an NGO for example.

R27. The websites of UNHCR’s various offices should contain clear information about the precise circumstances in which the office in question can assist people seeking asylum, refugees and others and easy-to-follow instructions for seeking such assistance.

Also see recommendations in Part I.