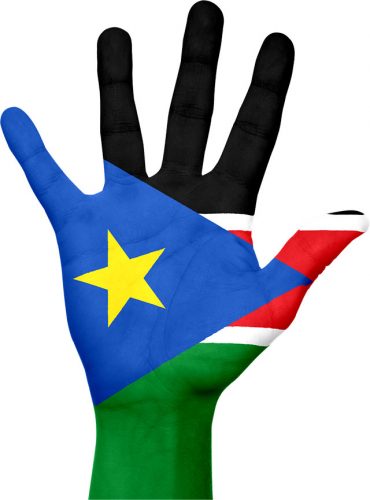 Key facts on the conflict in South Sudan

What is happening in South Sudan?

South Sudan became an independent country in July 2011 after decades of conflict with the north. In December 2013 the new nation descended into civil strife as a power division within the governing Sudan People’s Liberation Movement Party when the president accused his vice-president of an attempted coup.

Fighting between supporters of the two factions soon spread across the rest of the country.

So far, one fifth of the population (2.5 million people) have been forcibly displaced, and 1.6million remain displaced within the war-torn region. Starvation and dehydration have severely affected 4.8million people in the landlocked nation. This is because most of the people rely on subsistence farming and they now cannot feed themselves.

Local markets have been disrupted by the conflict, and food and fuel prices have risen. The rate of malnutrition among South Sudanese children are almost at the maximum emergency threshold.

Once people reach the safety of UN refugee camps in neighbouring Sudan, Ethiopia, Uganda and Democratic Republic of the Congo, there remains the threat of dehydration and starvation. While famine has not yet been declared in South Sudan, there are fears that this may happen if crops are not planted soon.

Most of the conflict has taken place in the Jonglei, Upper Nile and Unity provinces in the North-East of the country. As of 1 August 2016, there have been 855,166 refugees and people seeking asylum fleeing South Sudan into neighbouring Sudan, Ethiopia, Uganda, and to a lesser extent Kenya.

A peace agreement was signed in August 2015 between rival powers. However, conflict continues to escalate despite this treaty. The UNHCR has requested USD$608.8M in order to control the situation. Only 20% of this has been raised.

How has the Australian Government responded?

Globally, Australia has settled 0.25% of the total refugee population.

Many South Sudanese people in Australia are portrayed as ‘bad refugees’ although none have arrived by boat. This is because of the difficulties faced by Sudanese communities in adjusting to Australian society and culture. In particular, Sudanese people find it hard to obtain skilled work in industries other than agriculture, because of their history of subsistence farming before they came to Australia.