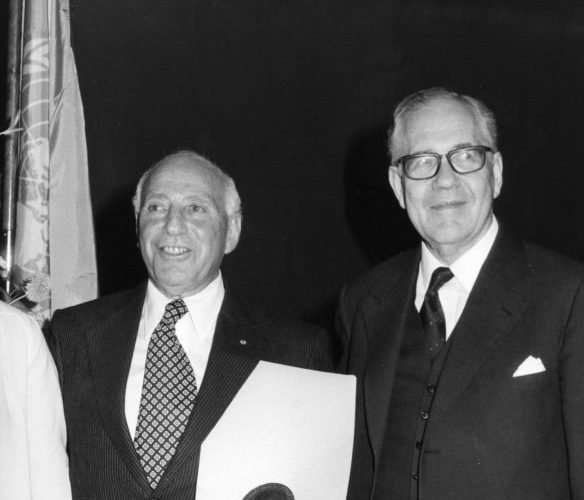 As the Refugee Council of Australia celebrates its 40th anniversary, CEO Paul Power says the organisation “sadly” is as essential as ever before for refugees to “get a fair go”.

Mr Power said this was because political debate about people seeking sanctuary in Australia from terrible hardship in their homelands had deteriorated rather than progressed since then-Austcare President Major General Paul Cullen founded RCOA in the Sydney boardroom of the Australian Council of Churches on 19 November 1981.

But Mr Power also said that despite having to fight against inhumane government policies such as offshore processing, RCOA was still significantly improving the lives of refugees with initiatives such as the Canadian resettlement partnership, Operation #NotForgotten, which will begin resetting refugees from PNG and Nauru next month.

“Ideally, all of us at RCOA wish that organisations such as ours weren’t still needed for refugees to get a fair go in Australia,” Mr Power said.

“But sadly, RCOA is needed as much as ever before to help refugees in Australia, because especially in the past 20 years since Tampa, there has been an intense political demonisation of people who are seeking sanctuary from oppression and conflict.

“This demonisation has meant that successive federal governments have been able to get away with abrogating responsibility to properly assist refugees.

“That’s despite the fact that many of the conflicts that have displaced people have involved Australia and its allies, for example Afghanistan’s current crisis.”

Mr Power said when Major General Cullen founded RCOA, he would have felt there was a great necessity for the organisation to be created, having seen “first-hand the horrors of World War II and the consequent movement of displaced people”.

“He saw the hundreds of thousands of refugees displaced from Vietnam, Cambodia and Laos by conflict in the 1970s,” Mr Power said. “It was this displacement crisis which prompted the Australian Government to launch a formal annual Refugee and Humanitarian Program in 1977, which, in turn, created the need for the community sector to come together to form RCOA as a collective national voice.”

Mr Power said that while successive governments since 2001 had sought political capital out of increasingly harsh responses to refugees seeking Australia’s protection, there had been much progress over the decades in establishing programs and support for refugees.

“Over the past 40 years, Australia has welcomed 554,000 refugees from countries including Vietnam, Cambodia, the former Yugoslavia, Ethiopia, Burundi, Rwanda, Sudan, Democratic Republic of Congo, Iraq, Syria, Myanmar and Afghanistan.

“There have been many impressive stories of success and even more people who have contributed quietly to local communities, continuing a centuries-old tradition of Australia being enhanced by those who’ve come here for a better life.”

Mr Power said RCOA had also evolved significantly since its creation, while maintaining its core mission of coordination and leadership for national advocacy for humane and constructive refugee policy.

“We have matured in our understanding over the 40 years in relation to who should be centrally involved in the discussion about refugee policy – becoming more of a partnership between Australians who have been refugees and Australians of all backgrounds,” he said. “This is certainly reflected in the current leadership and staff of RCOA, including newly-elected RCOA President Jasmina Bajraktarevic-Hayward, a former refugee from Bosnia-Herzegovina.

“The RCOA team is now very much a diverse mixture of people with direct experience and other Australians who are committed to more just refugee policy, all of whom want to ensure that people rebuilding their lives after forced displacement have the right to shape their own futures.”