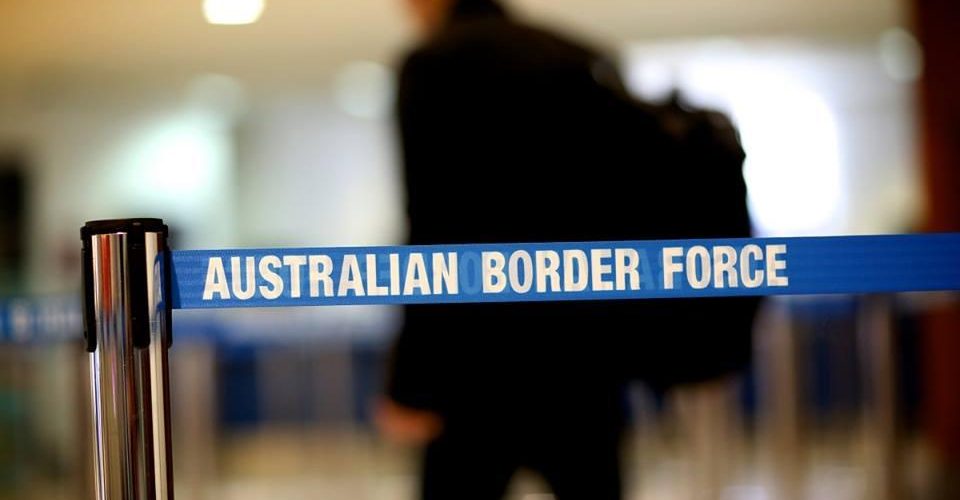 Can the Australian Border Force turn away refugees at the airport?

ABC’s investigation into the case of two Saudi women turned back at Sydney Airport after they attempted to apply for asylum has brought renewed attention to Australia’s hardline border laws. The public have rightly asked whether the Australian Border Force’s actions were legal. Australia’s asylum laws are complicated, and the policy around airport immigration clearance zones has caused a lot of confusion.

What is Immigration Clearance?

Immigration Clearance is a physical zone (such as an airport or port) that every passenger must pass through before being allowed into Australia. Until a person has their passport and visa checked at the gate, and is allowed through, they are said to be not ‘immigration cleared’.

Can people apply for asylum before Immigration Clearance?

Had the two women not disclosed their intention to seek asylum at the airport they would generally been immigration cleared and allowed to enter Australia. They would subsequently then been able to apply for a permanent protection visa after leaving the airport.

But by making an asylum claim at Immigration Clearance, they were subsequently detained and then deported from Australia without a chance to apply for protection, or access to lawyers, in violation of s 256 of the Migration Act.

The Department of Home Affairs’ own policies set out the procedures to follow when an asylum claim is made at Immigration Clearance. The policies require that “if the person raises protection related claims, the interviewing officer should interview the person for a second time and explore the protection claims.”

If the person “makes a prima facie protection claim that is not considered to be ‘far-fetched and fanciful’, they are considered to be a person who potentially engages Australia’s non‑refoulement obligations” and must be permitted to enter Australia.

Even if the person’s visa is cancelled, they are still able to apply for a protection visa while they remain in immigration detention.

We do not know whether the Department acted lawfully or followed its own policies in the case of the two Saudi women. The interviews took place behind closed doors, and the Minister has refused to comment on the cases. It appears the women were not provided with access to lawyers not given a chance to apply for a protection visa.

Even if the policy was followed, it still leaves a tremendous amount of discretion to the interviewing officer. There are no clear standards that must be followed when determining whether a claim meets the threshold of not being ‘far-fetched and fanciful’. These words are not found in the Migration Act, or the Migration Regulations. This combined with the fact that there is no way to review the decision of an interviewing officer means that there is a complete lack of accountability.

Australia has non-refoulement obligations under the 1951 Refugee Convention, various human rights treaties and customary international law, which prohibit the return of asylum seekers to places where they would face certain types of persecution or harm. This extends to returning asylum seekers to transit countries where they may fear harm, or be at risk of being returned to their home country where they fear harm.

Who is a refugee?

As part of the non-refoulement obligation, Australia must fairly and efficiently assess the claims of any person who applies for asylum under its territory or jurisdiction. Australia also may not remove, or refuse admission at the border to an asylum-seeker while considering that individual’s claim. The demarcation of immigration clearance zones or ‘international zones’ has no consequence to Australia’s obligations under international law.

If Australia returned these women without a proper consideration of their asylum claims, it will be in breach of its international obligations. Further, if they were not afforded with access to a lawyer or the chance to apply for protection, it would also be a breach of the Migration Act.

The case of the two Saudi women highlight the gross lack of accountability and oversight for Australia’s actions, especially in controlled areas such as Immigration Clearance. Indeed, documents released to us under Freedom of Information show that the Department of Home Affairs does not even keep their own records on the number of asylum claims made at Immigration Clearance. The Department of Home Affairs contends in the same document that an asylum applicant’s location in immigration clearance is irrelevant to their claim. But this is clearly false, given the significant disparity between the procedural safeguards available.

The failure to keep or share these statistics compounds the lack of accountability. What is the government trying to hide? Such a lack of oversight is rife for abuse, as likely happened in this case.