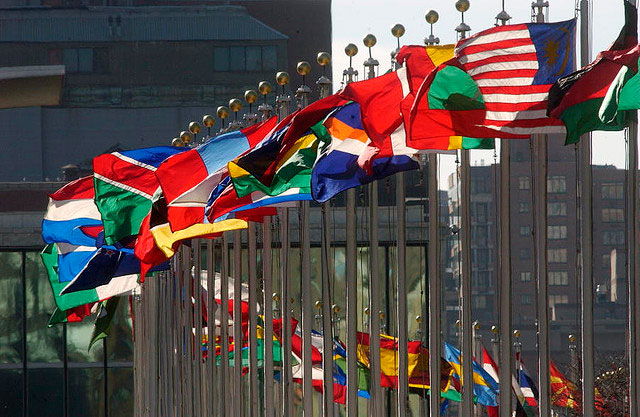 Being Baha’i in Iran

From her first day of school in Iran, Anisa Memari felt like an outsider. As members of the Baha’i faith, Anisa and her family faced daily discrimination. Baha’is in Iran cannot practise their religion freely. They cannot enter university, vocational colleges and certain professions. They face harassment and arbitrary arrest by the government.

Her teachers often told Anisa that she would never succeed because she was of the ‘wrong religion’.

In Iran, the Baha’i faith is considered to be the ‘wrong religion’. The people that follow the religion do not have the same rights as others and cannot succeed.

Distressed and frustrated by her exclusion, Anisa looked for other ways to express herself. She started painting when she was four and began to write poetry at twelve.

I began writing and painting everything I felt. Anything that touched my heart I found was easier to put on paper than to say.

Anisa won fourth place in a state poetry competition. She could not compete in the national competition because of her faith. She eventually decided to abandon poetry and focus on her education.

Despite being told that she would never succeed, Anisa achieved outstanding academic results and was the top student at her high school. However, Anisa was denied her award and could not attend university.

You can try and put as much effort into the things you do, but people won’t respect you because you aren’t the ‘right faith’.

In 2000, her father had a near-fatal accident that left him a paraplegic. They approached the police to seek damages. After several months and many interviews, Anisa’s family was told that they would not be able to receive compensation.

In Iran we were not able to take the matter to the court as it is very difficult or I better say impossible for Baha’is to have lawyers defending them at court … [the police] told us after many times of chasing and follow ups and interviews that even if you go to court, you can’t have lawyers and the judge would not award you damages since you are Baha’is.

Anisa’s family was left with no choice but to sell their business, home and possessions to pay for her father’s medical treatment.

With their situation becoming unbearable, Anisa’s family decided to leave Iran. Her mother and sisters escaped to Turkey by car, with Anisa and her father travelling by plane.

We tried to leave Iran three times, but me and my dad kept getting questioned. The fourth time I just told them I wanted to study and ‘I can’t do that here, so just let us go’ and they let us leave.

For another three years, Anisa put her education on hold as her family went through the process of applying for refugee status and resettlement.

At the end of 2002, Anisa’s family arrived in Sydney, just in time to celebrate the New Year and the beginning of their new life.

While her family was now safe from persecution, Anisa still faced many challenges. The task of learning a new language was difficult. She decided to take a short course at an Intensive English Centre and repeat her final two years of high school.

Making up for lost time, Anisa took a combined degree in Advanced Science and Law at the University of Sydney. She focused on medical science and majored in neuroanatomy and human physiology. At first she planned to continue studying medicine and won a place at several universities.

However, she decided to take a different path. Her experiences of persecution and witnessing UN lawyers deal with asylum cases inspired Anisa to seek a job which would make a difference.

Ultimately I would love to work for the UN.

Anisa has also held an exhibition of her paintings that reflect her past experiences of exclusion.

It was a lot of fun. People really enjoyed the paintings and interpreting the images.

She cherishes her freedom in Australia and looks forward to pursuing her goals in a country where her faith will present no barrier to her success.

I am so happy that here in Australia I am able to have a dream and am able to work towards it.