The extraordinary collaboration of athletes, advocates and the Australian Government to save the lives of 50 Afghan athletes and their families shows what our community can achieve when we work together.

It exemplifies the humanity, kindness and boldness that Australians are capable of.

We hope this is just the beginning for Australia’s role in responding generously to the situation in Afghanistan, which many Australians want to see occur.

This news provided a much-needed positive boost in a time of despair and uncertainty for many Australians who continue to follow the events in Afghanistan and see the devastation and human tragedy that is unfolding there.

The plan to get these people at risk out of Afghanistan was hatched by current and former athletes and advocates, including Olympian Nikki Dryden, who is now a human rights lawyer, past Socceroo captain Craig Foster, Paralympic wheelchair racer Kurt Fearnley, Winter Olympian Zali Steggall, who is now a Federal Parliament MP, and director of Human Rights for All Alison Battisson.

All of these people deserve recognition for their incredible efforts under extreme pressure. They drew on those characteristics that made them successful: determination, coordination, and commitment to a cause.

Immigration Minister Alex Hawke, Foreign Affairs Minister Marise Payne and Sports Minister Richard Colbeck were key in the success of this mission, because of their prompt and humane responses in this situation of life and death.

There is a growing movement among Australians who want our nation to do more to help people in Afghanistan. The Government can respond to this with steps such as creating 20,000 extra places on top of our annual refugee resettlement program.

Community sponsorship programs are another pragmatic way Australians have indicated they want to get involved, in their feedback to the organisation Community Refugee Sponsorship Australia. Now is the perfect opportunity for our Government to introduce such programs.

Let’s build on the latest efforts by these athletes, advocates and the Government, because so many other people trapped in Afghanistan desperately need our help.

The refugee services sector is ready to provide any support that the Government needs to ensure people leaving Afghanistan find a safe and supportive environment in Australia. .

The Refugee Council of Australia is calling for the Australian Government to increase efforts to assist people at risk to get out of Afghanistan, as the first anniversary of the Taliban’s violent takeover of Kabul... 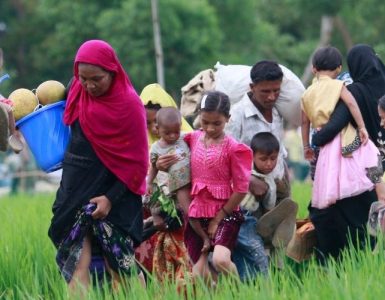 Ahead of the Federal Election, the Refugee Council of Australia (RCOA) has outlined three major issues that require immediate attention and action in 2022. ROCA is calling for: Priority 1: Finding real and lasting...