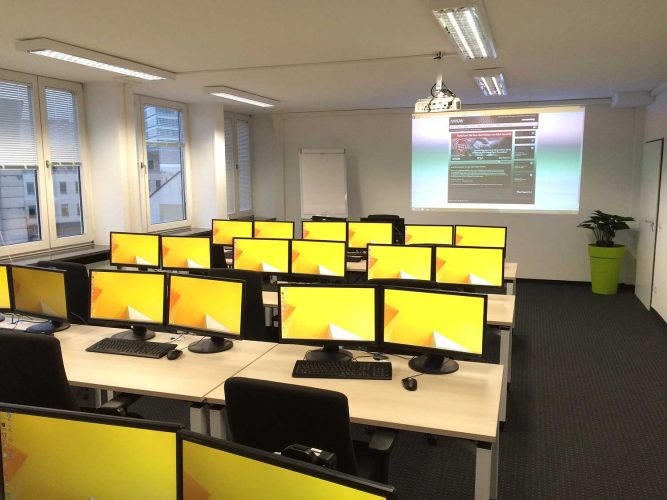 If I could wish for one thing in the world, I would wish that there had never been a war in Sudan.

Yuol Akoy Yuol is one of many thousands of people who fled the civil war in Sudan. Separated from his parents at the age of two, Yuol grew up in Kakuma refugee camp in Kenya with one of his two siblings and an uncle.

After living in the camp for a decade, Yuol was ecstatic to learn that his family would be resettled in Australia. He came to Sydney when he was 15 with his sister, brother-in-law and three young cousins.

Yuol spent the first few months in Australia in student accommodation in Glebe. He then moved in with his sister’s family in Blacktown. Yuol started high school, where he was elected to the Student Representative Council. He also volunteered tirelessly. He knocked on doors for the Salvation Army and spoke at refugee conferences, police headquarters and primary schools.

A passion for computers

During his final year at school, Yuol began working with the Blacktown Migrant Resource Centre (now Sydwest Multicultural Services) where he ran a course to help newly arrived refugee students learn computer skills. It was there that Yuol discovered his passion for computers. He decided he wanted a career in IT and began a TAFE course in IT and Networking in 2006.

I love IT. I feel that there are so many things you can do with it. It is flexible and it changes. I really want to get into developing software.

Yuol was also keen to continue supporting newly-arrived refugees. He wanted to start his own youth organisation. At first, he was too nervous to take on the challenge, but a youth worker at the Migrant Resource Centre encouraged Yuol to believe in himself.

I always think that I can’t do anything but then I met a youth worker at Blacktown Migrant Resource Centre and she kept saying you can do it. Then I began to think, maybe I can do it.

At the Australian United Refugee Youth Association we discuss issues such as how refugees are coping with life in Australia … We try and work on a plan on what we can do to help and ways to prevent certain issues from happening again.

You can achieve anything

Yuol plans to continue studying at Charles Sturt University. He hopes to be able to study in Sudan so that he can visit his family. He is extremely grateful to the youth worker who helped him to build the confidence he needed to realise his dreams.

I achieved a lot of things in 2006 and it’s all to her credit. In countries like Australia, you can achieve anything. That’s why I really wanted to come here.