This submission will provide an overview of the failure of the proposed amendments to social services legislation, including the Jobactive program, to meet the needs of refugee communities. This submission builds upon a new report by RCOA and Fairfield Multicultural Interagency, with the support of Fairfield City Council on the Jobactive program, which will be launched in August 2017.

Many refugee communities and organisations providing settlement services have expressed frustration about the lack of targeted support offered by many Jobactive providers and the poor outcomes experienced by refugee and humanitarian entrants. RCOA has received widespread negative feedback about how employment service providers, including new Jobactive providers, are responding to the needs of this group, with many participants expressing the view that employment services were ineffective in helping refugee and humanitarian entrants to find employment.

This feedback indicates that Jobactive providers often have limited lack cross-cultural communication skills and that interpreters are not used in meetings with job seekers who have limited English proficiency. Miscommunication occurs frequently and can lead to job seekers being interviewed for positions that are not suited to them or being enrolled in training courses that are not relevant or suited to their aspirations and capabilities. This is especially so when Jobactive providers fail to provide interpreters, as discussed below. We have also received feedback that some Jobactive providers lack a basic understanding of the needs and experiences of job seekers from refugee backgrounds.

A significant concern raised by participants related to the use of compliance measures in Jobactive. Participants raised several issues with the compliance-driven approach to employment services. Routine appointments with the Jobactive provider (usually every fortnight) are considered a key part of a job seeker’s Mutual Obligation Requirement, and the first step to getting the jobseekers the assistance they need to find work. These appointments are intended to motivate jobseekers to stay engaged with the assistance offered to them by the Jobactive provider until employment is found.

However, if people do not attend these appointments for even valid reasons, their Centrelink payments can be suspended. This is common, even though the Jobactive provider can decide not to suspend the jobseeker’s Centrelink payments and arrange other ways to engage with the client to ensure the job seeker’s ongoing participation.

As discussed below, the suspension and reduction of payments has a severe impact on jobseekers. Often people do not know that their payments are being delayed or suspended, or why this has happened. Cutting off payments for those who have very few financial resources creates significant problems, with people forced to go without food or falling behind on rent.

When this happens, other settlement service providers have to provide people with emergency funds until their income support is restored. Often other service providers must intervene directly with Jobactive providers to explain the situation and assist people to rebook appointments before their payments are restored.

RCOA believes that by consolidating each of the seven payment categories into a single Jobseeker stream, the Australian government is failing to recognise the varying needs and experiences of people who require income support. We are concerned that this will impose mutual obligations requirements on more people, which is likely to increase the use of compliance measures used against people. This is especially true if people are not well informed of the transition to these new payments and its implications, including in a language they can understand.

Schedules 10 and 11: Changes to start date for Newstart and Youth Allowance programs and removal of ‘intent to claim’ provisions

Schedule 10 shortens the period of time which a person has in order to meet the requirements of RapidConnect. These mandatory requirements include: attending interviews with a jobactive provider; preparing a resume; completing a job seeker profile; entering into and complying with a Job Plan; and undertaking a specified number of job searches. Schedule 11 likewise removes ‘intent to claim’ provisions under the current legislation, so that income support will only be payable to a person from the date they lodge a complete claim.

RCOA believes that these preconditions place an unfair burden on new refugees who are likely to face particular linguistic and cultural barriers in satisfying the requirements. RCOA’s consultations with jobseekers from refugee and migrant backgrounds found that most respondents were not sufficiently aware of their rights and obligations before signing a Job Plan. Most were told to sign the Job Plan without the specific needs of the client taken into consideration. Such complex needs include lack of English literacy and unfamiliarity with job searching skills, lack of familiarity with technology, resume writing and understanding of Australian cultural expectations. Feedback to RCOA also suggested that Jobactive providers are overwhelmingly indifferent to complex needs that may arise because of forced displacement and past experiences with trauma.

Additionally, although Jobactive providers are required to provide access to an interpreter, clients are often not aware of their right to request free interpreter services. Feedback collected by RCOA indicates that most Jobactive providers are not using interpreters in their meetings with clients, including where clients are signing binding documents such as Job Plans.
RCOA also notes the lack of translated factsheets on how to report to Jobactive and how to meet other requirements. The move to using technology such as smartphones also presents a barrier in providing information in other languages. Migrant and refugee clients have expressed frustration that Jobactive providers can suspend a person’s pay without properly informing them of the issue and their obligations in their first language.

RCOA believes that lengthening the period where people without paid work are not eligible for financial support will only compound the hardships of the most vulnerable. This is likely to have particularly negative consequences for recent arrivals and refugees who are unable to rely on family networks for interim support. In particular, refugees will need to meet the eligibility criteria while also navigating their own resettlement and community integration. This is likely to become significantly more onerous if the timeframe for meeting such requirements is reduced. RCOA believes this amendment will disproportionately restrict new arrivals’ access to income support.

Schedule 15 establishes stronger penalties for non-compliance with requirements under the Jobactive program such as attending appointments, taking action to gain employment, and reporting on their job search. A person who fails to accept an offer of suitable employment or &ldquo;act on a job opportunity when requested to do so by an employment services provider&rdquo; will also be subject to these higher non-compliance penalties, which can include withholding or cancellation of participation payments. In some cases, a person will be required to wait for a period of four weeks without backpay before the participation payment is reinstated.

During consultations with RCOA, service providers and community members have highlighted the lack of communication from Jobactive providers and the lack of support through the transition to Jobactive. In particular, people were not informed of their new reporting requirements and subsequently lost their income due to not meeting these requirements.

People who have recently arrived in Australia have two reporting obligations – to Centrelink every fortnight and to their Jobactive provider at least once a month (more for those not enrolled in English classes). Jobactive providers have neither informed their clients of these requirements nor sought to remind them when their reporting requirements are due.

This is especially problematic as Jobactive providers may schedule appointments without adequately informing the client or scheduling appointments during other important times, especially during English language classes, or during culturally significant events. RCOA has found that payments to recent refugees are often suspended as a result of such barriers to meeting Jobactive requirements. As discussed above, this can have very significant impacts on people and on service providers supporting them.

The fear of such penalties is also likely to increase the pressure on jobseekers to accept any offer of work they are offered, whether or not it is suitable for their level of skill and experience. While some refugee communities, especially those who have experienced protracted displacement, may not have had the opportunity to attain qualifications, many others were well-established in their careers and occupations before coming to Australia. Despite their skills, most find that the process of having their overseas qualifications recognised within Australia is often lengthy and costly. Currently, there is no one agency or organisation responsible for assessing all overseas qualifications in Australia. Rather, recognition of previous skills differs by State and industry, with overseas qualifications assessed by different authorities across Australia.

A recurring theme in RCOA’s consultations was the feeling that Jobactive providers often failed to recognise their previous qualifications or skills, instead placing them in very low-skilled, insecure jobs. Participants emphasised that they wanted to develop themselves through further education and training, but were not presented with such opportunities through Jobactive.
As a result of pressures by Jobactive providers to find work quickly, many refugee community members with overseas qualifications end up working in areas outside of their profession or at disproportionately lower skilled jobs. Evidence suggests that 95% of refugees with overseas qualifications from tertiary end up taking jobs in manual labour. There remains much “to be done to assist humanitarian settlers to enter the Australian labour market and to facilitate their upward mobility“.

Feedback from service providers and refugee communities echo a common theme – that pushing humanitarian entrants, refugee communities into low-skilled employment does not help them into more meaningful jobs. The capacity for these jobseekers to leave low-paid and low-skilled jobs decreases the longer they remain in those industries, due to the loss of original skills and missed opportunities for networking and career progression.

If the Government wishes to support newly arrived communities obtain meaningful and sustainable employment, it should invest in a specialised employment service for new arrivals and develop a range of supports to help people in their first few years of arrival. Instead of developing programs that support refugee communities into work, RCOA believes these proposed amendments further punish people who want nothing more than to obtain employment. RCOA believes these measures are counter-productive and will in fact have further negative impacts on refugee communities.

Schedule 1 of the Social Services Legislation Amendment (Welfare Reform) Bill 2017 should not be passed.

Schedules 10 and 11 of the Social Services Legislation Amendment (Welfare Reform) Bill 2017 should not be passed.

Schedule 15 of the Social Services Legislation Amendment (Welfare Reform) Bill 2017 should not be passed. 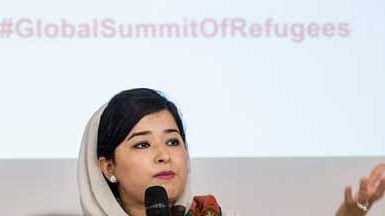 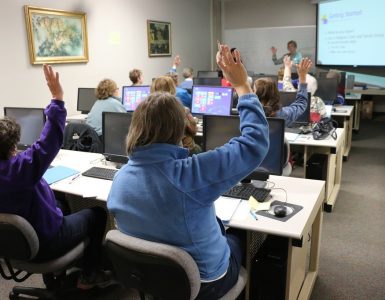