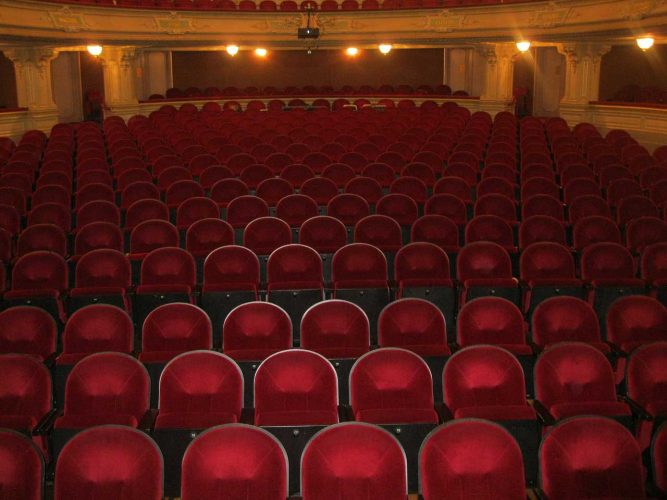 Actor, writer and director Tony Le Nguyen grew up in Can Tho, a city in southern Vietnam. His mother ran a small grocery store and his father was as a high school English teacher.

During the Vietnam War, Tony’s father worked as an interpreter with the South Vietnamese army. When North Vietnam won the war  in 1975, his father was arrested and imprisoned in a “re-education” camp for two years.

I had some idea that my dad was working for the previous government. He was a teacher and interpreter and he said the new government didn’t like him that much and they would make life difficult… [but] I didn’t have any clue what a re-education camp was.

Surviving without his father

With his father in prison, Tony’s mother became the sole provider for her seven children. His mother supported her family by selling medicine on the black market. Tony helped his mother by taking food to his father in the camp.

I had to cross a small bamboo bridge to bring the rice to him. The second year the government wouldn’t feed him, we had to feed him. The first year was brainwashing and second year was like punishing.

Getting on a boat

After Tony’s father left the camp, he decided that his family must leave Vietnam. On their first attempt, their boat was wrecked on the Vietnamese coast.

The boat was designed to carry rice over the river, it wasn’t designed to go into the sea … The sea was very rough and we got hit back into the shore and the boat got smashed against the trees in the jungle.

They managed to escape on their second attempt, narrowly evading border police.

The police had machine guns at the check point and they were shooting at us … They didn’t chase us, but they tried to shoot us. We could hear the gun but we lay low and had filled the water tank to make the boat sink half way so they couldn’t see us.
We didn’t have any navigation equipment so we had to raise our SOS flag and we had to see if anyone would help. There was a Thai fishing boat and they came and told us to go ashore.

Tony’s family spent the night resting on the shore. During the night, a group of masked men robbed them. They stole the few belongings they had managed to bring with them from Vietnam. The next morning, the family walked along the shore until they came across a village. The villagers contacted the police and the family was taken to a refugee camp on the Thai border.

The refugee camp was crowded, surrounded by barbed wires and there were also soldiers with machine guns guarding the camp around the clock. The camp operated more like a small town, with shops, a school and a church. There were constantly people coming and leaving the camp.  Some days a boat might arrive with only a few survivors.

After six months in the camp, Tony’s family went to Bangkok for health checks before coming to Australia in 1979. Tony was 10 years old at the time.

The Nguyen family settled in Broadmeadows, Melbourne. Tony’s father already had good English and got a job as an interpreter for Ford Motor Company. The rest of the Nguyen family, whose English was limited to a handful of words such as “hello”, “goodbye” and “thank you”, had to learn their new language virtually from scratch.

Nonetheless, they were determined to make a successful new start in Australia. Tony’s mother found work as a cook at a Chinese restaurant. The Nguyen children started school, learning about the language and culture of their new home.

I think if we said that we had no problem settling into Australia it would be a lie. But I think that in all refugees and migrants, the strength and determination to move on and restart their lives is stronger than the pain and hardships that they have been through.

At the age 16, Tony landed a role in the television mini-series The Sword of Honour. Working on the series sparked his interest in the performing arts, and he began to pursue a career as an actor.

I became an actor by chance and luck… I fell into it only because when you are young and you don’t know what you want to do, if there is a job going, you take it. It seemed to be easy money: you got paid to pretend to be people.

Over the next decade, Tony worked prolifically in theatre and television, featuring in series such as Fast Forward, GP and Paradise Beach. He also starred as Tiger in Geoffrey Wright’s 1992 film Romper Stomper.

After working as an actor for ten years, Tony began writing, directing and producing his own work. In 1995, with the support of Footscray Community Arts Centre, he founded Australian Vietnamese Youth Media (AVYM). It is a non-profit organisation which helps young Australians from Vietnamese backgrounds to meet, share ideas and express themselves through the performing arts. During this time, Tony also completed a Bachelor of Arts degree at Victoria University, majoring in Community Development and Drama.

Tony was the first Vietnamese Australian to be appointed as an Official Prison Visitor to Port Phillip and Fulham Correctional Centres in Victoria, to act as an independent voice for the prison system.

I am only interested in doing things that have meaning and purpose, either paid or unpaid … Being appointed as an Official Prison Visitor was one of those jobs … Our job was to visit each prison and talk to prisoners, officers and management to find out about some of the issues and concerns in the system. We try to resolve these issues or concerns with management if possible, if not we will take it to the commissioner and then the minister.

Tony is currently working as the Community Development Coordinator for Quang Minh Buddhist Temple. He organises various social, culture and environmental events. He also devotes much of his time to voluntary work.

I try to help as many people as possible … Throughout my life, I have tried to learn how to be a decent human being and learn when to take and when to give back.