Thousands to gather against offshore detention to say #SixYearsTooLong

Six years ago, on 19 July 2013, Australia announced that any refugee arriving by boat will never be resettled in Australia, and instead will be detained indefinitely in offshore detention. Women, children and families were taken to Nauru Island and single men were sent to Manus Island in Papua New Guinea for their refugee rights to be determined. This policy is designed to deter people seeking asylum and refugees from travelling to Australia.

Since offshore processing began in September 2012, the Australian, Nauruan and Papua New Guinean governments have tried to suppress the flow of information from Nauru and Manus Island by claiming public interest immunity and secrecy laws. However, widespread reports from civil society organisations, the United Nations, human rights advocates as well as personal accounts by whistleblowers who have lived or worked on Nauru or Manus Island have shed a light on the realities of offshore processing. The common safety and health issues that people on Nauru and Manus Island face are:

Many incidents of abuse were not reported to the police. The few cases that were taken to the authorities were ignored or destroyed by police officers.

These issues combined with the lack of individual freedom, consistent exposure to re-traumatising experiences and deprivation of any opportunities for positive emotions are the reasons that experts say the people on Nauru and Manus Island are some of the most traumatised individuals they’ve encountered. In fact, the people on Manus Island have been reported to have the worst mental health rates for any surveyed population.

Since Australia has resumed its offshore processing and detention policy, the Refugee Council of Australia (RCOA), the United Nations, medical bodies, hundreds of charities and community groups have made repeated calls to shut down Australia’s offshore processing system due to the inhumane treatment of refugees and people seeking asylum on Manus and Nauru Island.

RCOA proposes that Australia ends its detention and deterrence approach and responds to people seeking asylum in a manner that is in-line with their responsibilities under the Refugee Convention. This can be achieved by: 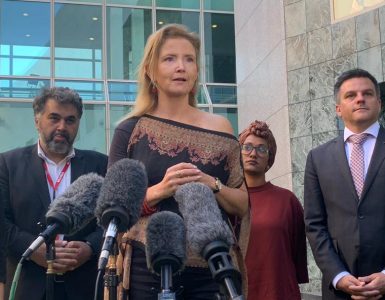 Print thisFOR IMMEDIATE RELEASE 13 February 2019   Today’s historic vote on the urgent medical treatment bill delivered a decisive message to the government: Australians want an end to the abhorrent treatment of... 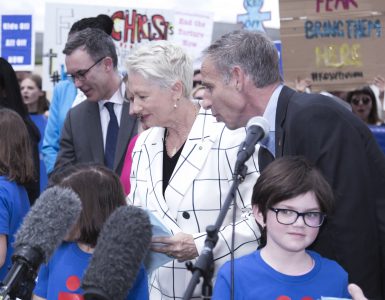 Print thisOn Tuesday 12 February, the House of Representatives will vote on the Urgent Medical Treatment Bill. We urge all Members of Parliament to support this bill to ensure an adequate medical transfer process is in...

Thousands of Australians to celebrate Year of Welcome in 2020

New video launches 2020 as the #YearOfWelcome!