Settling in Australia: The challenges

Some people in need of protection find it hard to prove their identity. For example, some people’s ages may be wrongly stated on their visas, because some countries do not record birth dates well or because of mistakes by officials.
Such mistakes can mean a person cannot access certain services because they are put in the wrong age group. This can also create problems when a person is trying to prove their identity.
For example, young people over the age of 18 may be unable to access some services independently (Centrelink benefits, driver’s licences, schools, health services) because their documentation says that they are still legally dependents. 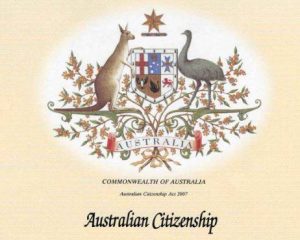 For refugee and humanitarian entrants, becoming an Australian citizen plays an important role in their journey of becoming a full participant in their new society and is particularly valued for those who have suffered persecution in the past. Australian citizenship entitles the holder to such things as a vote in federal and state or territory elections, and in a referendum, an opportunity to seek election to parliament, and being able to apply for an Australian passport and re-enter Australia freely.

Upon receiving a permanent protection visa, refugee and humanitarian entrants 18 years and older are subject to a four year waiting period before being able to apply for citizenship. During those four years, a person may leave Australia for periods that total one year and must have been in Australia for nine months or more in the year before applying for citizenship.