The COVID-19 pandemic has put paid to the Australian Government reaching its target of 17,100 offshore refugee resettlement visas in 2019-20 and the United Nations High Commissioner for Refugees (UNHCR) achieving its goal of supporting the resettlement of 70,000 refugees globally in 2020.

On 28 April 2020, NGO, government and refugee representatives from resettlement states participated in online briefings on the impacts of COVID-19 on refugee resettlement, through virtual meetings hosted by the Canadian Government and the Canadian Council for Refugees as part of the Working Group on Resettlement (WGR). The WGR briefing held primarily for delegates in the Asia-Pacific region included presentations by UNHCR, the International Organization for Migration (IOM), the governments of Australia and New Zealand, the US-based NGO Refuge Point and the UNHCR Global Youth Advisory Council.

UNHCR and IOM shift focus to emergency resettlement only

UNHCR’s representative noted that a temporary hold on resettlement departures organised by UNHCR and IOM was announced on 17 March. Travel for refugees resettling through other pathways (including Australia’s Special Humanitarian Program) has also been greatly affected, with international air travel much reduced and many embassies suspending visa services and applications. UNHCR and IOM continue to work on processing resettlement applications for a small number of the most critical emergency cases. In anticipation of the resumption of resettlement in the future, work is still progressing on other resettlement applications, particularly those where interviews were conducted prior to the full impacts of COVID-19 being felt.

IOM reported to the WGR briefing that the COVID-19 pandemic has led to the cancellation of travel plans for 9353 refugees it had planned to help resettle between February and the end of May. Despite the general lockdown, IOM has still managed to arrange the emergency resettlement of 102 refugees to Germany, USA, Canada, Luxembourg and Australia in recent weeks. IOM staff remain in close contact with resettlement states about urgent cases and other possible resettlement options. In contemplating the resumption of resettlement, IOM notes that international travel might never return to the previous version of normal operations.

Australia’s Department of Home Affairs reported that the granting of offshore humanitarian visas was suspended on 19 March 2020. Travel restrictions mean that only Australian citizens and permanent residents and those given an exemption can enter the country. While no further grants of visas have taken place since 19 March, the Department of Home Affairs is continuing to progress applications to prepare them for the time when the granting of visas resumes. Australia had been planning a refugee and humanitarian program of 18,750 places in the 2019-20 financial year – around 17,100 offshore refugee and humanitarian visas and around 1650 permanent onshore protection visas. As at 17 April, 11,504 offshore refugee and humanitarian visas had been granted, 67.3% of the annual offshore visa target. The small pilot program to resettle unaccompanied humanitarian minors had reached 80% of the annual target and the resettlement pilot for LGBTQI refugees had achieved 57% of the target. As at 17 April 2020, Australia had granted 12 emergency rescue (subclass 203) visas in 2019-20 and was considering another 22 in close cooperation with UNHCR and IOM, noting the practical challenges of arranging travel to Australia.

As the COVID-19 pandemic hit, crisis action plans were implemented in Australia’s diplomatic missions, with only essential staff remaining. Officials involved in humanitarian admissions have returned to Australia and are continuing their work remotely.

The Department of Home Affairs is looking at how to continue processing onshore protection visa applications. In order to interview within social distancing requirements, the Department is considering options for video and phone interviews and collecting biometric information using alternative approaches which minimise the risk to asylum applicants and Department staff.

Settlement service providers are continuing to provide support to recently arrived refugees, particularly orientation, intensive and sensitive referrals and English language learning. Services have been adjusted to meet the government’s social distancing requirements. The Departments of Health and Home Affairs are working together to translate COVID-related health information into key languages for refugee communities.

Impacts of border closures in New Zealand and Canada

Delegates from New Zealand and Canada reported to the WGR meeting on the effective cessation of their country’s resettlement programs from mid March.

The closure of New Zealand’s border came just after the arrival of 138 refugees in early March for the standard six-week orientation program at the Mangere Refugee Resettlement Centre in Auckland. Those refugees will now remain at Mangere for an extended period, waiting until New Zealand moves to level 2 restrictions before relocating to their settlement locations around the country. The New Zealand Government implemented level 4 restrictions on 23 March and revised these to level 3 on 27 April but there is no estimate of when the country might move to level 2. In the meantime, NZ Immigration is doing early planning for a future resumption of resettlement, exploring how the national border can be reopened in a carefully managed way for some refugee arrivals.

New Zealand was due to increase its annual resettlement quota to 1500 places per year from 1 July 2020. In preparation for the increase, the number of settlement locations around the country was increased from seven to 12. While a quota of 1500 remains the goal for the 2020-21 financial year, it appears unlikely that the goal will be met unless there is a significant improvement globally in containing COVID-19.

Canada closed its borders on 18 March, effectively halting arrivals for its Government Assisted Refugees and Private Sponsorship of Refugees programs. Exceptions have been made for some urgent resettlement cases. Any refugee who arrived after 12 March has been subject to an isolation period of 14 days after entering Canada. NGOs are working with the Canadian Government on the cases of some refugees who were in transit or on the brink of departure at the time of the border closure. While the government has agreed to allow some of them to arrive, work still needs to be done to resolve other barriers such as finding suitable flights and getting exit permits from host countries.

NGO, UNHCR and IOM representatives also discussed some of the many practical problems being faced by refugees who have had their resettlement halted. Not only are the refugees involved suffering the psychological impacts of having their hopes of rebuilding their lives put indefinitely on hold after years in difficult and protracted situations but many are experiencing even greater problems than previously – loss of income, inability to meet basic needs, inadequate access to medical care and fears about the potential spread of COVID-19 in communities where people cannot maintain physical distancing. Representatives of UNHCR’s Asia and Americas bureaux outlined the agency’s efforts to work with NGOs to try to support refugees in these circumstances and to maintain communication with refugees who have applied for resettlement.

Co-chair of the UNHCR Global Youth Advisory Council (GYAC), Arash Bordbar, briefed the Working Group on Resettlement meeting on some of the positive refugee-led initiatives during the period of the COVID-19 pandemic.

GYAC is developing an international campaign, in partnership with the Tertiary Refugee Student Network and UNHCR, to share verified information about COVID-19 in different languages and promote the positive contribution of refugees to host societies as nurses, community leaders, community workers, doctors and scientists. The goal is to reach refugees, host communities, international NGOs and local partners, the general public (especially young people) and policymakers. The campaign leads are hoping for support from states and international bodies as part of efforts to address xenophobia.

In Australia, GYAC is working with Jesuit Refugee Service, Talent Beyond Boundaries and the Community Refugee Sponsorship Initiative to promote discussion about how tertiary education could be a complementary pathway for refugees. Discussions with universities had commenced but have now been put on hold. The group is using the lull during the COVID-19 pandemic to refine its ideas and plans. In the meantime, GYAC is advocating for universities to consider making free online courses available to refugees and asylum seekers and to make their existing online courses and resources more inclusive and accessible – as part of a strategy of promoting education as a way to improve refugees’ access to durable solutions.

Women’s Refugee Commission and GYAC are working on plans for a global virtual forum. These 60-minute workshops with 2-3 presenters will share practical information, skills and tips on topics such as: sports and well-being; gender equality; health and hygiene; media detox; domestic violence, sexual and gender-based violence and child marriage; mental health; and living together.

GYAC is documenting the ways in which young people are taking leadership in the COVID-19 response in refugee and displacement contexts and supporting their efforts to produce relevant and accessible products. These include videos, songs, podcasts, online workshops and hygiene packages. Through his own work in Sydney with the Community Migrant Resource Centre, Arash has been running online workshops on employment and enterprise for refugees and those who have lost employment. Some GYAC members in other countries are involved in online counselling, psychosocial support and one-on-one mentoring.

The Asia Pacific Network of Refugees (APNOR), a new refugee-led network which includes members in 12 countries, has developed a series of live conversations with refugee doctors, sharing information on COVID-19 in languages including Kurdish, English, Assyrian, Arabic and Dari. This is being shared through a weekly online forum, using audio-visual material and a Q&A style discussion to respond to questions from refugee communities with valid information and to get people better connected. Since the commencement of the COVID-19 pandemic, APNOR has also:

On 9 September 2022, the Refugee Council of Australia wrote to the NSW Minister for Seniors and Multiculturalism ask that the NSW Government continue to provide emergency support package over the past two years for... 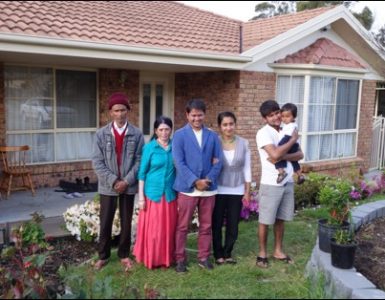 Presentation by Refugee Council of Australia CEO, Paul Power, to the forum at Customs House, Sydney on 19 July 2022 Homelessness forum speech Size : 165.1 kB Format : PDF I would like to thank Uncle Michael West for the... 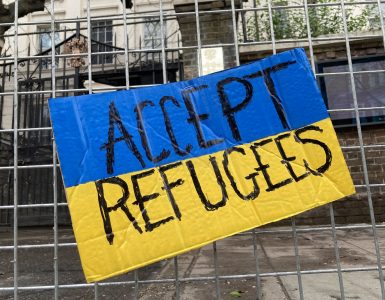 This brief provides information for Ukrainians based on their current visa status, following changes to refugee policy for people coming from Ukraine.