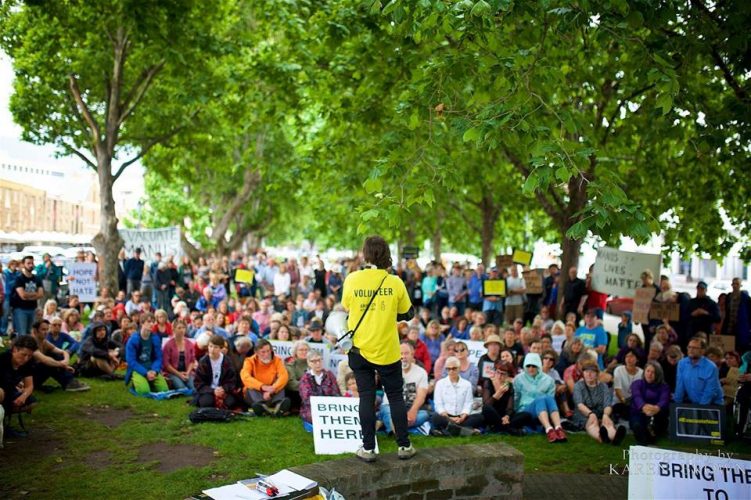 A fair process for claiming asylum

Since 2014, people seeking asylum who arrive by boat and do not have a valid visa are no longer entitled to access the Refugee Status Determination process.A fair process requires adequate access to legal services and independent review. Research conducted in the UK and Ireland shows legal assistance increases the confidence of people seeking asylum to present their case and improves the quality of decisions.

Forced destitution, exploitation and the threat of detention

Many people seeking asylum are left in the community with no government-funded support for 12 or more months awaiting legal processes and thus experience a prolonged period of financial crisis. Community Services are experiencing significantly increased demand for prolonged emergency relief (ER). The Australian Council for Social Service acknowledges that ‘ER was originally designed as a stop-gap measure, to help solve short-term financial problems’. However, the situation facing many vulnerable people seeking asylum falls outside of this traditional situation to which ER was intended to respond. The management of the ‘legacy caseload’ and the regular policy changes to the Status Resolution Support Service (SRSS) are directly resulting in increased destitution. Recent issuing of the ‘Final Departure Bridging E Visas’ is a prime example. The majority of vulnerable people affected by these decisions will also lose access to government-funded support, leaving them in the precarious situation of having to make important decisions about their future, often while struggling to meet their basic needs. Another area of concern is making people ineligible for SRSS if they send transfer money domestically or overseas.
If denied a bridging visa, people will live in fear of being re-detained, will be unable to access health care, have no income support and be unable to work. This situation has serious mental health ramifications across Australia.

Temporary Protection Visa (TPV) and Safe Haven Enterprise Visa (SHEV) holders do not have the same access to services, rights and residency or citizenship pathways as refugees who hold a Permanent Protection Visa. The key difference between people seeking asylum eligible for a Permanent Protection Visa and those eligible for a temporary visa is their method of arrival in Australia, not the legitimacy of their refugee status. TPVs cause a considerable amount of ‘human suffering’, as stated in the Senate Legal and Constitutional Affairs Committee’s 2006 Inquiry into the Administration and Operation of the Migration Act 1958 (Cth). This occurs both by introducing the risk that refugees might be removed to the country where they had feared persecution, and by denying refugees the right to be reunited with their families.

TPVs have detrimental effects on the mental health of refugees. These detrimental effects are compounded by limiting the entitlements of TPV holders to access accommodation, language training, health care and other essential services. Moreover, refugees who faced the prospect of ‘rolling’ TPVs are placed in a state of ongoing legal limbo. A study by mental health experts in 2006 found that refugees on TPVs experienced higher levels of anxiety, depression and post-traumatic stress disorder than refugees on Permanent Protection Visas, even though both groups of refugees had experienced similar levels of past trauma and persecution in their home countries.

The impact of TPVs on children was documented in 2004 by the Australian Human Rights Commission, who found that the uncertainty created by TPVs detrimentally affected the mental health of children and their ability to fully participate in educational opportunities in Australia. TPVs also had the effect of separating children from their parents and family for long, and potentially indefinite, periods of time.

In addition to the human costs of TPVs, the TPV regime is bureaucratically inefficient. It requires the full reassessment of an individual’s protection claim from scratch at the expiration of the TPV. There is little evidence that TPVs have a deterrent effect.

Our vision: People seeking asylum in Australia are treated humanely and have access to a fair protection application process irrespective of how or when they arrived in Australia.
This can be achieved by: