Nothing about us without us: Getting serious about refugee self-representation

On 16 June 2017, the Refugee Council of Australia (RCOA) and Independent Diplomat co-hosted an event in the margins of the 2017 UNHCR Annual Consultations with NGOs on the theme: “Nothing About Us Without Us: Getting Serious About Refugee Self-Representation”. 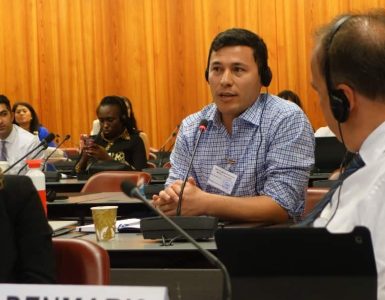 Print thisAuthor: Muzafar Ali I am writing this reflection on my way back home, flying over a thin layer of cottony clouds, leaving Geneva and its very fresh memories behind. Looking back to March 2019, when I applied...