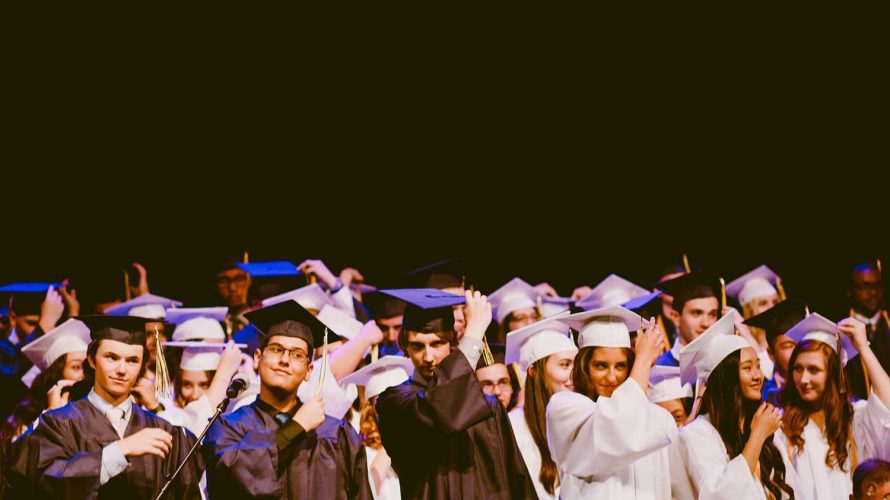 How can we make higher education more accessible for refugees? 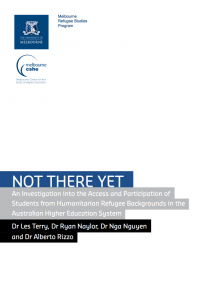 What do we know about the participation of refugees in university? And how can we make higher education more accessible for them? These are the questions addressed by a recent study by the University of Melbourne’s Refugee Studies Program and Melbourne Centre for the Study of Higher Education, Not There Yet: An Investigation into the Access and Participation of Students from Humanitarian Refugee Backgrounds in the Australian Higher Education System.

Students from refugee backgrounds form a small but increasing proportion of students at higher education institutions. They face unique barriers. Such students may have experienced trauma, lost loved ones, and are likely to have disrupted education. Other barriers include socioeconomic disadvantage, language barriers and differing community norms regarding university.

Through a review of the literature and government data, the report provides an overview of refugee participation in university. Specifically, it identifies patterns of under-representation within different courses, communities, genders and age groups. There are, however, significant differences between refugee communities.

Generally, refugee communities are under-represented in higher education, although this does differ significantly between communities. Currently, there are 3,506 students from refugee backgrounds enrolled in Australian higher education providers (HEPs). Although this is a relatively small number, the numbers have doubled between 2009-2014.

Between 60-70% of these are male, which is a higher proportion than in the general population. However, there are significant differences between communities. They are also typically older than the general population. More than three-quarters come from a non-English speaking background, with Arabic and Persian being the top two languages spoken at home by these students. The three top countries of birth were Sudan, Iran, and Iraq. Most of them arrived in Australia between 2006-2009.

What do they study?

About 10% of these were enrolled in nursing, with the next most popular course being business and management. More refugee students were enrolled in science, technology, engineer or mathematical (STEM) courses and health courses than the general population.

Where are they studying?

Almost 10% of these students are enrolled at the University of Western Sydney. The next most popular were Griffith University and RMIT University. While most are studyingin NSW, Victoria and Queensland, South Australia and Tasmania had a higher share proportionally. Refugee students are under-represented at the Group of Eight universities and regional universities.

The report calls for targeted outreach and engagement programs for under-represented groups. These programs should build the capacity of students to participate in universities. It advocates a strength-based approach that recognises refugees as determined and active participants in their education outcomes. Despite the many barriers they face in higher education, they demonstrate resilience and ‘grit’ towards their studies.

Some universities, mainly unaligned universities and Innovative Research universities, have designed pathways and curricula that support students with a refugee background. These initiatives include English language and mentoring support, and cultural awareness training for staff members. Other universities (such as the Group of Eight universities) could learn from these models to better understand the requirements of this group. Also, there is a need to encourage students to enrol in other courses such as education, management and culture, and creative arts.

The report recommends that universities

Nationally, the report recommends that there should be extra targeted funding within the Equity Program to support students from a refugee background. The report also recommends that the Commonwealth Department of Education and Training should establish a working party from across the sector and including key community organisations, to develop a National Framework to guide universities in the development of programs.

Print this
Education and training