Media release: Cut to Australian resettlement robs refugees of hope at a time of global crisis

The Federal Government has used its 2020-21 Budget to cut Australia’s Refugee and Humanitarian Program by 5000 places a year and halve its financial assistance program to people seeking asylum while increasing funding to its punitive offshore processing regime.

Refugee Council of Australia (RCOA) chief executive Paul Power said the decision to place a ceiling of 13,750 places on the Refugee and Humanitarian Program could not have come at a worse time.

“The Morrison Government has joined the Trump administration in the United States in cutting refugee resettlement at a time when millions of refugees in Asia, the Middle East, Africa and Latin America live in dire circumstances made much worse by the economic impacts of the COVID-19 pandemic,” Mr Power said.

“Refugees are desperately hoping for safe pathways out of untenable situations, such as the crisis being faced by Syrian refugees living in Beirut, living on the margins of a society which is in deep crisis while hosting more refugees per capita than any country in the world. Australia is not only turning away from refugees but also from the nations and host communities which are at the forefront of large-scale refugee movements.”

The Abbott Government cut the refugee program to 13,750 places in 2013 but agreed on a staged increase to win crossbench Senate support in 2014 for its temporary protection legislation. This saw the program increase to 16,250 in 2017-18 and 18,750 in 2018-19 – a level achieved just once before the COVID-19 pandemic interrupted refugee resettlement.

“Thousands of people seeking asylum have lost their jobs over the past seven months of the COVID-19 pandemic and have been forced to seek help from state government services, local charities and community groups because of the removal of the Federal safety net.”

While the Federal Government cuts funding to its resettlement program and its assistance to people in the domestic asylum process, the massive annual cost blowouts continue in Australia’s offshore processing regime.

“RCOA’s analysis of Budget papers over recent years shows that 2019-20 was the fourth consecutive year in which spending on offshore processing greatly exceeded the amount allocated in the budget,” Mr Power said.

“It is shocking that the Government gives priority to funding measures which prolong the suffering of people seeking protection while simultaneously cutting programs which offer desperate people the possibility of a safe passage out of appalling circumstances.”

RCOA’s analysis of the Federal Budget highlights other aspects of Government spending, including $55.6 million for the reopening of Christmas Island detention centre and $41.4 million for deterrence activities in Indonesia.

“Foreshadowed changes to the Migration Program include an English language requirement for Partner visa applicants and their permanent resident sponsors,” Mr Power said. “This requirement needs further explanation from the Government to allay fears about who this policy may exclude, given Australia’s past history of using discriminatory language tests in its immigration program.” 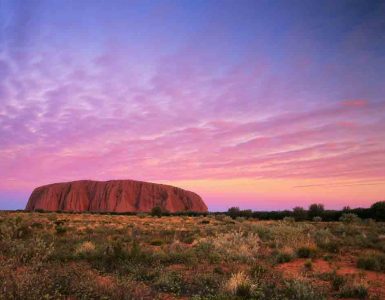