On Wednesday 29 November 2017, Professor Andrew Markus and Monash University published the results of the tenth Scanlon Foundation Mapping Social Cohesion national survey. In analysing the overall ability of Australia to maintain a socially cohesive society, Markus concludes that the findings demonstrate the weakening resilience of the Australian community. The survey shows that a question mark remains regarding our ability to sustain success as a cohesive population.

Over the last decade, Australia has seen sustained population growth and increased cultural and ethnic diversity. The Scanlon Foundation established the Mapping Social Cohesion survey in order to understand whether our diverse and changing population has impacted Australia’s social cohesion. Social cohesion is an extremely important concept when discussing the role of consensus and conflict in society.

The Scanlon Foundation conducted the survey in June–July 2017, building on results from previous years. The survey asks a series of 77 questions about views on immigration, multiculturalism, discrimination, political trust and population issues. It is the largest survey of its kind that tracks Australians’ opinions of their country and its future. Since the beginning of the Scanlon Foundation Surveys Report in 2007, the survey has polled over 40,000 people.

The survey has found that our sense of pride, belonging and happiness has remained consistently high. The percentage of Australians who agree that multiculturalism has been good for the country has been consistently in the range of 83–86 percent.

The first question in the survey requires respondents to identify “the most important problem facing Australia today”. The top-ranked issue continues to be concern over the economy. However, the number of respondents who record people seeking asylum and arriving by boat as a concern has decreased from 12 percent in 2012–2013 to 2 percent in 2017. Concern over immigration and population growth has only marginally increased. It was at 3 percent between 2012 and 2015, and has now increased to nearly 8 percent in 2017. However, it remains third-ranked out of all issues chosen by respondents.

The surveys have found that attitudes toward immigration and cultural diversity are largely positive. Attitudes have remained stable in recent years compared to the topic’s previously volatile nature. For example, 63 percent of respondents agree or strongly agree that “accepting immigrants from many different countries makes Australia stronger”.

The research attempts to provide one explanation for the high degree of acceptance for current immigration levels in 2017: the perceived effectiveness and approval of government response to people seeking asylum arriving by boat.

Despite varying degrees of support for immigration, the survey participants largely opposed the introduction of policy that would enable the government to discriminate in immigrant selection on the bases of “race or ethnicity” or religion. Eighty percent of respondents disagreed or strongly disagreed with this proposal.

Previous Scanlon Foundation surveys in 2010, 2011, 2012 and 2016 asked respondents for their opinions on the major immigrant visa categories: “skilled worker” and “family reunion”. It found that approval for both sub-classes has remained consistently high. In 2017 the “skilled worker” category averaged 84 percent approval, and the “family reunion” category averaged 85 percent approval.

The study notes that whilst there is an increasing geographical concentration of the overseas-born population, there remains a relatively high level of negative feelings towards Muslims. This has remained fairly consistent in research work conducted by the Scanlon Foundation. For example, the questions in the “Life in Australia” survey found that 41 percent of respondents feel negatively towards Muslims, compared to 6 percent towards Buddhists. 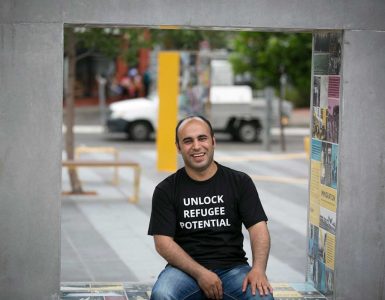 Print thisNew research has been conducted into the impact of employment and volunteering in facilitating health and wellbeing outcomes for refugees in regional or rural areas in Australia. The article Qualitative... 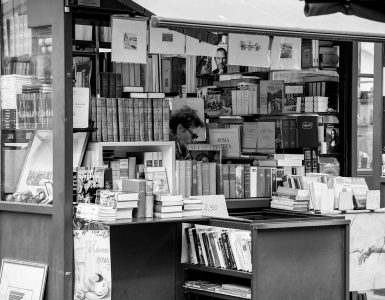 Refugees are the most entrepreneurial migrants in Australia

Print thisRefugees are Australia’s most entrepreneurial migrants and are almost twice as likely to be entrepreneurs as the wider Australian population. Despite this, both current policy and refugee settlement services...