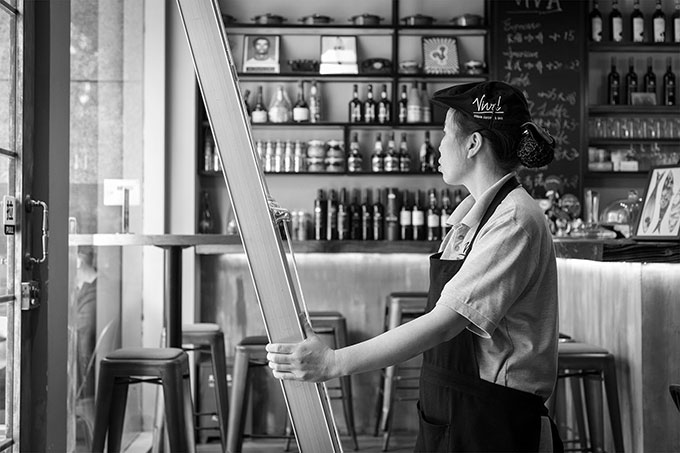 Not Working: Experiences of refugees and migrants with Jobactive

Read the full report in html

Why focus on refugee and migrant jobseekers?

Australia is a country built on migration. Every year, Australia welcomes over 190,000 migrants. Australia also has a long history of successfully resettling refugees and is a world leader in refugee resettlement. Since Federation, Australia has welcomed more than 850,000 refugees and humanitarian entrants who have enriched the nation enormously.

In this report, we use the term ‘refugees and migrants’ to include those who have been recognised as refugees or have come here under Australia’s Refugee and Humanitarian Program, as well as those who have come on other visas (for example, as family members, skilled workers or students) who come from similar backgrounds and face similar disadvantages.

This report will provide an overview of the failure of Jobactive to meet the needs of refugees and migrants, with a primary focus on the Fairfield Local Government Area (LGA). The report also highlights the wider concerns of refugee communities, as expressed in the annual consultations held across Australia by the Refugee Council of Australia (RCOA).

This report makes findings and recommendations to improve policy and practice, with the aim of getting more people into better employment.

This report recommends changes to the Jobactive model to ensure appropriate consideration is given to the distinct needs of culturally and linguistically diverse job seekers, especially refugee and humanitarian entrants and other migrants.

The report highlights the key barriers that refugee and migrant job seekers face under the current federal Jobactive arrangements and makes recommendations to improve the employment transition of refugees and migrants.

Scope of the research

The Fairfield LGA of the Sydney region is culturally diverse, with a rich history of migrant and refugee settlement that continues today. Almost 60% of Fairfield’s residents were born overseas and over 75% of residents spoke a language other than English at home, making Fairfield one of the most multicultural cities in Australia.5 Fairfield continues to be a primary area of settlement, receiving 36% of Australia’s humanitarian entrants from late 2016 to April 2017.6

Fairfield is the tenth largest LGA in Sydney and is largely residential. Over 50% residents rent their homes, the average household income is $900 per week, and the most common occupations are labourers and technicians.

The Fairfield Multicultural Interagency is the main forum for agencies working to support the multicultural communities in the Fairfield LGA. FMI meets regularly with a directive to address migrant, refugee and cultural matters in Fairfield.

The surveys were designed to elicit qualitative data about the issues, desires and employment barriers refugees and migrants face. Community workers interviewed clients and filled out the surveys, as in most cases clients themselves did not have the language and literacy skills to do so. The major contributors to this study were CORE Community Services, Assyrian Resource Centre Fairfield, Navitas English College, Mission Australia Adult English Migrant Program-Pathway Advisors and Settlement Services International.

These case studies are supplemented by the 66 comprehensive annual consultations RCOA conducted with refugee communities around Australia in 2016, RCOA’s brief on community and service provider concerns in relation to Jobactive, and RCOA’s What Works report.

This report also sought input from select job providers that demonstrate good practice and program responses. Consultations and interviews were held with programs and social enterprises that cater towards the specific needs of the refugee and migrant jobseekers. These findings are recorded in Appendix 1 to this report.
As an extensive evaluation of Jobactive is yet to be undertaken, this report builds on the experiences and feedback of the migrant and refugee users of Jobactive themselves, with the aim of recommending improvements to support these communities.

The FMI would like to thank RCOA for writing this report and drawing from its own feedback about the current barriers jobseekers are facing across Australia. It would also like to thank the participants who took part in the case studies and the Fairfield City Council for funding this research.

We would also like to thank Kelly Walsh, who volunteered her time to help design the report.