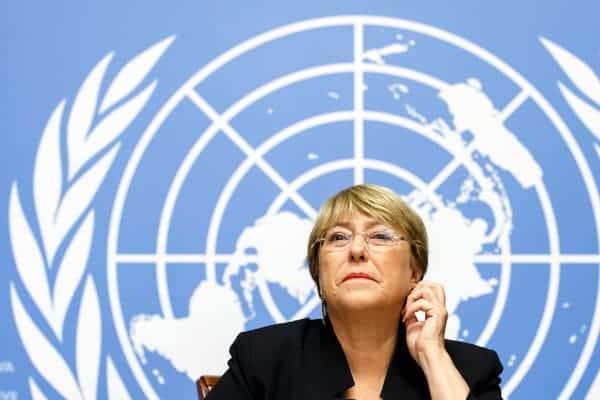 In 1991, the former UN Commission on Human Rights established the Working Group on Arbitrary Detention. In 1997, the Commission extended the Group’s mandate to include investigating arbitrary detention of migrants and people seeking asylum. Accordingly, the Group created a list of criteria to determine which cases of immigration detention count as ‘arbitrary’. These criteria were adopted in 1999 as Deliberation No. 5.

In light of the increase in global immigration detention, in 2017 the Group decided to publish a revised version of Deliberation No. 5. Based on existing jurisprudence, the new version will guide future courts and tribunals in determining the legality of detention. It will also serve as a reference for immigration officers as they make decisions on the ground. Released on 7 February 2018, this revised version coincides with the 70th anniversary of the Universal Declaration of Human Rights.

The Revised Deliberation is governed by two key rights:

When is immigration detention arbitrary?

The revised document stresses that detention during migration proceedings must only be applied as an exceptional measure of last resort.
In order for immigration detention to be permitted, the authorities must meet the following requirements:

What rights do people in immigration detention have?

The Deliberation gives detained migrants extensive protections. These protections include:

Detaining authorities should ensure essential services are available, including:

Essentially, people in immigration detention must be treated with humanity, respect and dignity. Governments should not use detention as a tool to discourage asylum applications.

Detention of other vulnerable migrants – for example, pregnant women and transgender individuals – must not take place. Women must also be separated from men within detention facilities, unless as a family unit.

Immigration detainees must not be mixed with criminal detainees. Detention facilities run by private companies are still the complete responsibility of the detaining State.
Importantly, immigration detention centres must be open to relevant organisations, including the UNHCR.

What the Revised Deliberation means for Australia

The publication of this document reflects a global shift away from detention as a means of coping with migrant inflows.

In contrast to the original, the revised version portrays detention as a last resort in the resolution of immigration issues. It introduces standards of necessity, reasonableness and proportionality, which also impose on detaining authorities a stricter obligation to consider the appropriateness of detention.

In 2015, more than 244 million people were migrants in another country. When conflicts or natural disasters strike, migrants may be more vulnerable than others. They may not speak the language, not be able to move easily, may not have legal status or social networks, and may be discriminated against. For these reasons, they may find it more difficult to leave dangerous areas, get help, and stay safe and well.

To help these people, an initiative called Migrants in Countries in Crisis (MICIC) has been set up. The Initiative is chaired both by the Philippines and the United States governments. During 2015 and early 2016, consultations were held across the world under the MCIC Initiative. The aim of the consultations was to develop guidelines for planning for, and responding to, the needs of migrants when there is a crisis.

What do the Guidelines do?

In June 2016, the Guidelines to Protect Migrants in Countries Experiencing Conflict or Natural Disaster, were released. Under the Guidelines, States are mostly responsible for protecting migrants within their territory, regardless of their immigration status or duration of stay. States are also responsible for their own citizens who are overseas. The Guidelines also cover the role of people in the private sector, humanitarian organisations, and civil society in helping migrants and protecting their rights and dignity.

The framework that was developed by the Initiative includes principles, guidelines and practices for protecting migrants. The Principles are fundamental precepts, informed by international law. The Guidelines identify the actions required to protect migrants. The Practices describe real examples of how to use the Guidelines. People and organisations can also share practices through the MICIC Initiative website.

The Guidelines cover all stages of a conflict or natural disaster. They include advice on the structures and policies that should be put in place before a crisis. They cover the humanitarian needs of migrants during the emergency. They also cover how to deal with the period after the emergency, when migrants may lose jobs, struggle with poverty, health and protection, and find it difficult to integrate with a community,

A core theme of the Guidelines is that States and others are responsible for helping to protect migrants during and after serious crises. The introduction states that ‘at all times, our collective aim must be to save lives, increase protection, decrease vulnerability, and improve responses.’ The MICIC Initiative is a significant step in making migrants less vulnerable, and improving responses to their needs in conflicts and natural disasters.