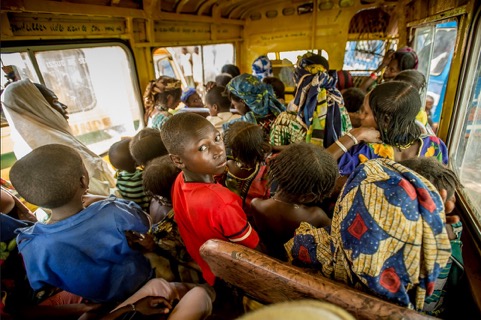 From October till December 2014, RCOA conducted local consultations around Australia to gathering input to inform its submission to the Minister and Department on Australia’s 2015-16 Refugee and Humanitarian Program. The community consultations sought feedback on three key issues:

The latest statistics from the United Nations High Commissioner for Refugees (UNHCR) show that the number of people forcibly displaced due to persecution, conflict, violence and human rights violations is now at the highest level seen since the end of World War II. As at 31 December 2013, more than 51 million people were forcibly displaced, of whom 16.7 million were refugees and 1.2 million were people seeking asylum. More than half of the world’s UNHCR-mandated refugees came from just three countries: Afghanistan, Syria and Somalia. In addition, UNHCR estimates that at least 10 million people were affected by statelessness in 2013.

Three key protection challenges emerged or were the focus of international discussions and action this year: (1) protection concerns relating to people making dangerous journeys by sea; (2) addressing statelessness, and (3) responding to the Syrian and Iraqi humanitarian crises. In addition, many of the protection challenges that were highlighted in RCOA’s annual submissions in previous years remain equally relevant today. These include: the need for wealthy nations not to turn away from protecting refugees at a time of increasing global displacement; access to prompt refugee status determination procedures; the ongoing need to find solutions for those in protracted refugee situations; ensuring the physical security of vulnerable refugees; preventing further instability in countries at greatest risk; developing alternatives to detention; making refugee resettlement more effective as a strategic tool; and creating more avenues for refugees to support themselves.

During RCOA’s consultations, refugee community members highlighted difficult conditions, hardship and dangers faced by people fleeing persecution, describing in detail the serious risks and insecurity in countries of refugee origin and barriers to securing effective protection and accessing durable solutions in countries of asylum. In addition to offering resettlement places, consultation participants identified a range of other strategies which Australia could adopt to address key protection issues or enhance existing responses, including aid initiatives, international advocacy and regional cooperation.

With global resettlement needs now outstripping available places by a factor of more than ten to one, there has been considerable ongoing discussion about ways to make the most effective use of the 80,000 resettlement places pledged by governments for the coming year. In RCOA’s consultations and international discussions on resettlement this year, participants have highlighted the importance of resettling refugees who are the most vulnerable or in the gravest danger; exploring options for opening up additional resettlement opportunities wherever possible; maintaining a balance between current emergences and protracted situations; using resettlement as a means of sharing the responsibility for refugee protection more equitably; and exploring ways to use resettlement as a strategic tool to achieve protection dividends for refugees who will not have the opportunity to resettle.

In our annual submission over the past three years, RCOA has outlined six principles for the Australian Government’s response, based on feedback from community consultations. Responding to community views that the scale of the Syrian crisis requires an additional response, we offer seven principles relevant for the planning of the 2015-16 Refugee and Humanitarian Program:

You can download the report here or read the full report on the last page of this post.