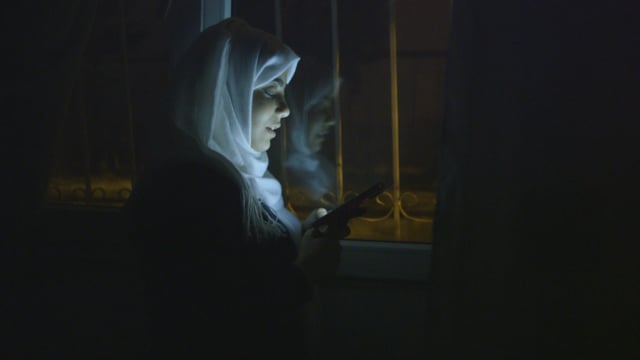 Desperate to save his seriously ill daughter, Hassan had to leave his wife and children behind in Syria to seek asylum. The distance has become unbearable. As he waits helplessly to obtain his refugee status in The Netherlands, his daughter’s health continues to decline and the world seems to be collapsing around his family. Hassan becomes filled with anxiety and remorse. The only contact he can maintain with his loved ones is in short, often cut-off, phone conversations, mostly stressing the urgency of finding a solution. The only other local news he receives is in the alarming videos of his home town he can find online.

In Procedure begins where the news reports about refugees end. With rare candor and intimacy, it provides a close observation of the process for reuniting families in a time when bureaucratic structures cannot keep up with the urgent and deadly realities of war.

While Hassan waits for the outcome of his asylum procedure, his daughter Yomna’s morale continues to fade with the passing of time. His sense of helplessness is staggering, but so is his perseverance. Meanwhile, the situation in Syria keeps worsening. The survival of his family remains in the tied hands of well-meaning government officials.