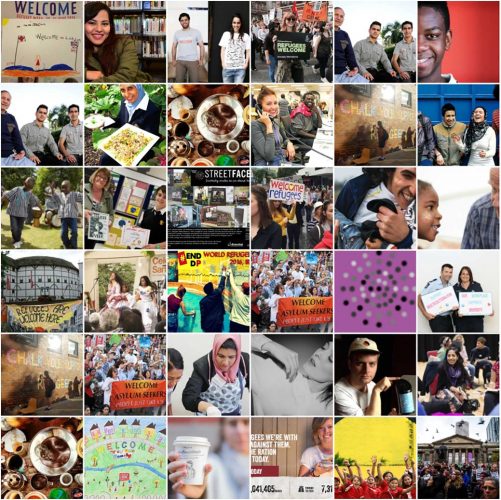 FacebookTwitterRedditPinterestEmail
Home > Statistics > How many refugees have come to Australia?
Statistics

People come permanently to Australia in one of two ways: through the Migration Program or the Refugee and Humanitarian Program (‘the refugee program’). The Migration Program is the main program, which people use mainly to reunite with family or as skilled migrants.

The refugee program is how refugees or other people who need protection (‘humanitarian entrants’) come to Australia. This program was set up in 1977.

How refugees come to Australia

Since 1977, the Australian Government has published statistics on how many people come under both programs. It reports these by financial year (beginning on 1 July and ending on 30 June the following year).

The statistics before 1977 are estimates given to the Parliamentary Library of Australia.

How Australia determines if a person is a refugee

The data that is published has changed over time. Policies also change, and these changes can be important in understanding the data. Important changes are explained next to the graphs.

The data is for 30 June 2022, unless otherwise indicated. You can download the charts and data using the links underneath each chart. Hover over each chart to see more information.

This first graph shows the number of refugees or other people who need protection since 1901. The numbers until June 1977 are estimates.

Most people have come under the ‘offshore’ part of the Program.

However, the total number (947,636), and the number of onshore protection visas, is misleading.

Since 2013-2014, people who have claimed protection in Australia after coming by boat do not get permanent protection. Instead, they are given ‘temporary protection'. This means they are no longer counted as part of the refugee program.

These numbers are now separately reported.

The Australian Government also now ‘caps’ onshore protection visas by law. This means only a certain number of visas can be granted every year to people in Australia. As well, anyone who now comes without a valid visa (mostly by boat) cannot apply to be a refugee. They can only apply if the Minister allows them to apply.

This means the size of the 'onshore' part does not reflect the need for protection.

Contents IntroHow many refugees come compared to migrants?Changes in the Refugee and Humanitarian ProgramRefugee Council of Australia (RCOA) has welcomed the Albanese Government’s increased Budget investment in the...

Contents IntroHow many refugees come compared to migrants?Changes in the Refugee and Humanitarian ProgramIn Anti-Poverty Week (16-22 October), the Federal Government must say how they will address the needs of thousands...

Contents IntroHow many refugees come compared to migrants?Changes in the Refugee and Humanitarian ProgramOn 26 September 2022, the Refugee Council of Australia wrote to the Treasurer, Dr Jim Chalmers MP,  about the need...