The Australian Government will maintain the Humanitarian Program at 13,750 places in 2021-22 and over the forward estimates to 2024-25, and the size of the program will remain as a ceiling rather than a target. Until 2018-19, Australia always met or slightly exceeded its target for the Refugee and Humanitarian Program. The ceiling — and the ceiling not being met — is a departure from Australia’s previous practice. The Coalition Government previously had a target of 18,750 humanitarian places in 2019-20.

As of 12 February 2021, 6,095 people who have been granted permanent visas under the Humanitarian Program have been unable to travel and settle in Australia. Estimates of another 4,000 visa grants to be made by the end of the financial year will mean that there will be roughly 10,000 humanitarian visa holders overseas by July 2021.

Funding for people seeking asylum who are assisted financially under the Status Resolution Support Service (SRSS) Program will decrease slightly from a total of $35.1 million this year to an estimated $33.3 million next year. The allocation this year was more than forecasted in the last budget (up from the estimated $19.6 million) but still a cut from past years, reduced from $139.8 million in 2017-18, to $93.4 million in 2018-19 and $39.5 million in 2019-20.

The Government has allocated $811.8 million to offshore management for the next year. There are currently 239 people remaining offshore, with 109 people on Nauru and 130 in PNG. This brings this Government’s budget allocation to a total of $8.3 billion for offshore processing, including more than $2 billion in cost blowouts, between 2014 and 2020.

The Government will spend $7.7 million over two years to continue the Airline Liaison Officer Program to disrupt international travel to Australia. Airline liaison officers are used, among other things, to spot any passengers who they think might claim asylum and prevent them from boarding.

The Government will spend $38.1 million in 2021-22 to continue the Regional Cooperation Arrangement in Indonesia as part of Operation Sovereign Borders. This is a reduction of $3.3 million from last year’s budget, in line with the Government’s commitment to reduce its support for refugees stranded in Indonesia due to Australia’s turn-back policies. In 2017 the Australian Government announced that it would cease funding for any additional refugees in Indonesia seeking the assistance of the International Organization for Migration.

Funding for onshore detention and compliance will cost Australians $1.279 billion, a cost blowout of over $212 million in detention provider contracts.

The Government will spend $54.8 million over four years from 2021-22 to address the backlog of cases within the Migration and Refugee Division (MRD) of the Administrative Appeals Tribunal.

The Government will maintain the 202122 Migration Program planning level at 160,000 places. Family and Skill stream places will be maintained at their 2020-21 planning levels, with 79,600 places allocated to the Skill stream and 77,300 places to the Family stream. The Migration Program will have a continued focus on onshore visa applicants, including reducing the onshore Partner visa pipeline.

Student visa holders will be allowed to work more than 40 hours per fortnight, temporarily, if they are employed in tourism or hospitality sectors. Previously this measure only applied to students working in agriculture, health and aged care. Further measures have been introduced to assist farmers to find workers, including changes to the Temporary Activity visa (subclass 408).

This year saw a reduction of $57.9 million in settlement services due to border closures and settlement funding tied to arrivals. However, there is an additional $102.4 million allocated to settlement services for 2021-22, above the planned budget from last year. In October 2020, the Department budgeted $471.3 million for the 2021-22 financial year for refugee settlement. However, this budget now allocates $573.7 million for this coming financial year. The increased budget is not explained in the Budget papers.

The Government will introduce a new delivery model for the Adult Migrant English Program from 1 July 2023 to improve English language, employment and social cohesion outcomes for migrants by linking provider payments to student outcomes. The financial implications of this measure are not for publication due to “commercial sensitivities”.

The Government has introduced initiatives to support the victims of Family, Domestic and Sexual Violence against women and children. This includes $29.3 million over three years from 2021‑22 to support refugee women and other migrant women’s safety and social and economic inclusion. The Department of Home Affairs will establish new “visa support and coordination functions, via a dedicated domestic and family violence support team”.

The Government has committed $16.9 million to fund mental health early intervention support and preventative measures for migrants and multicultural communities and to address the cultural competence of the broader health workforce through the Program of Assistance for Survivors of Torture and Trauma and Mental Health Australia for their Embrace Framework.

Government spending on overseas humanitarian assistance remains largely unchanged. Funding for UNHCR, the United Nations Refugee Agency, remains the same at $25 million per year. Australia’s global humanitarian funding is focused on the Pacific and South East and South and West Asia. Development funding for the Middle East and North Africa as well as sub-Saharan Africa decreased again after significant decreases in both regions in the last budget.

Govt chooses detention over hope for world’s refugees in budget 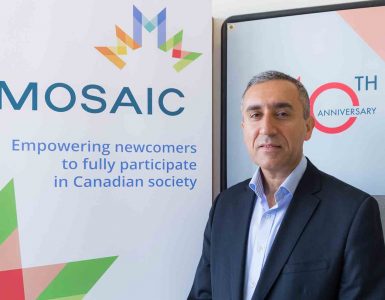 Saleem Spindari on Operation Not Forgotten

Govt chooses detention over hope for world’s refugees in budget