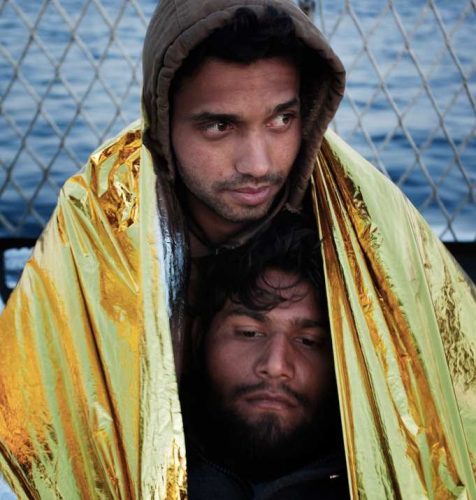 Eroding our identity as a generous nation: Community views on Australia’s treatment of people seeking asylum

Read the report in html

The Refugee Council of Australia (RCOA) regularly meets and connects with people seeking asylum in Australia, former refugees building a new life here, its members – both organisational and individual – and the people and agencies who provide various forms of support to people seeking asylum and people from refugee backgrounds. Throughout 2014 and 2015, RCOA conducted community consultations, convened policy network meetings and gathered information and feedback from its membership. The topic that RCOA heard about most often was Australia’s treatment of people seeking asylum.

This report outlines the issues and concerns about Australia’s asylum policies and practices that RCOA gathered in 2014 and 2015. The title of our report has been drawn from a comment from one of our community consultations, from a RCOA member who observed that “our national identity as a generous and loving people [has been] eroded and fractured” by the mandatory and prolonged detention of people seeking asylum.

The report provides an overview of the issues that people seeking asylum themselves have raised, as well as concerns communicated by individuals and agencies supporting people seeking asylum. Some of the feedback on which this report is based was gathered prior to the passing of some major pieces of legislation (notably the Migration Amendment (Protection and Other Measures) Act 2015 and the Migration and Maritime Powers Legislation Amendment (Resolving the Asylum Legacy Caseload) Act 2014) and several related policy changes. However, concerns raised about these changes prior to their implementation remain relevant, as some have yet to be fully implemented or have implications which are not yet known.

The key issues and areas of concern that form the evidence to support these alternatives and solutions and are presented in the next two sections.The issues canvassed include:

Feedback and concerns relating to Temporary Protection Visas, Safe Haven Enterprise Visas or restrictions on family reunion are not included in this report, as they have been covered in RCOA’s submission on the 2015-16 Refugee and Humanitarian Program. and forthcoming submission on the 2016-17 program. The latter submission will also include a more detailed analysis of recent feedback on asylum policy gathered during RCOA’s 2015 national consultations.

Australia’s policies in a global context

The latest statistics from the United Nations High Commissioner for Refugees (UNHCR) show that the number of people forcibly displaced due to persecution, conflict, violence and human rights violations is now at the highest level ever seen since UNHCR began collecting records at the end of World War II. As 31 December 2014, almost 60 million people were forcibly displaced, of whom 19.5 million were refugees and 1.8 million were people seeking asylum. One in every 122 people in the world are now displaced from their homes. On average, 42,500 people per day were forced to flee their homes due to conflict and persecution during 2014, a figure which has quadrupled over the past four years.

As the international community grapples with the challenges of responding to multiple crises simultaneously and meeting the needs of unprecedented numbers of displaced people, Australia’s response to the relatively small number of people seeking asylum who arrive on its shores is increasingly being called into question. Our uncompromising refusal to accept our obligations towards people seeking asylum when far poorer nations have kept their borders open in the face of far larger arrival numbers is feeding the view that Australia has little genuine interest in international cooperation to address global protection needs. A global crises demands global solidarity, not unilateral responses which have the impact of shifting our responsibilities onto our less wealthy neighbours.

No one wishes to see people seeking asylum risking their lives at sea in a desperate bid to reach Australia. The sad reality, however, is that many refugees and people seeking asylum in Asia-Pacific and beyond have no other means of accessing effective protection. In many countries in Asia-Pacific, people seeking protection lack a secure legal status and face a daily struggle to meet their basic needs. Many are unable to work legally, send their children to school or access basic services such as health care. Moreover, their lack of status in their country of asylum places them at serious risk of harassment, exploitation, arrest and detention.

When people fleeing persecution are faced with these untenable conditions and have little or no chance of being resettled in the foreseeable future, it is little wonder that we see refugees embarking on perilous journeys in the hope of finding effective protection elsewhere. Australia will never be able to sustainably address flight by sea until we begin to engage with the root causes of this phenomenon – that is, until we shift our focus from Australia’s domestic policy framework to the conditions which are compelling refugees to risk their lives on dangerous boat journeys.

The key to addressing flight by sea lies in Australia cooperating more effectively with other countries in Asia-Pacific to ensure that refugees can access a decent level of protection in countries of asylum until longer-term answers can be found. For this reason, RCOA has worked closely with the Asia-Pacific Refugee Rights Network to identify constructive steps Australia could take to improve refugee protection across the region. A discussion paper outlining some of these steps is included as an appendix to this report.

A more constructive and sustainable response to the needs of forcibly displaced people in Asia-Pacific, however, can only be achieved if there is genuine commitment by countries in the region to improving protection for refugees. In this regard, Australia’s current asylum seeker policies seriously undermine any authority we may once have had to advocate with other countries on protection issues. We can hardly expect other countries to uphold standards which we are not prepared to uphold ourselves. Reforming our asylum seeker policies is not simply about ensuring that people seeking protection in Australia are treated fairly and humanely; it is also about setting a positive example for the rest of the region and enhancing our capacity to play a constructive role in improving the lives of refugees beyond our borders.

While the problems associated with Australia’s asylum laws and policies are often deliberated, the available alternatives and solutions garner little attention or consideration. For this reason, RCOA has developed a ten-point plan that outlines a range of legislative and policy measures which would provide a humane, constructive and effective alternation to the cruel, punitive and deterrence-based approach currently adopted by Australia. This plan is summarised below and outlined in further detail in the fourth part of this report.