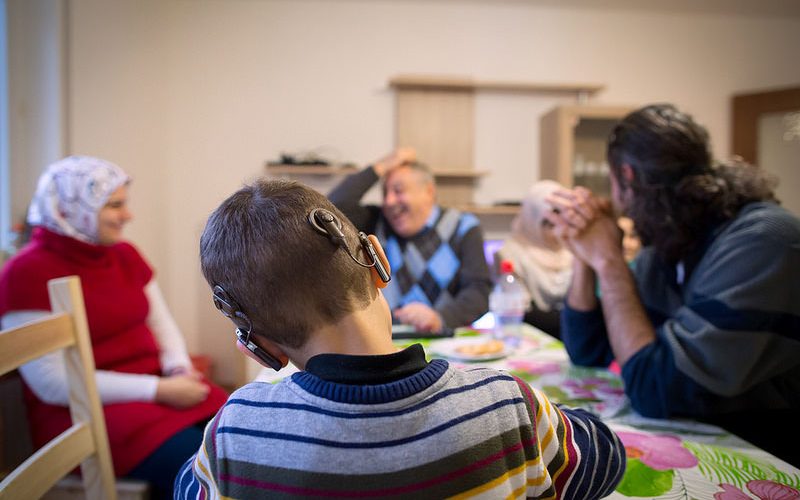 Barriers and exclusions: The support needs of newly arrived refugees with a disability

The NDIS is a fundamental shift in disability funding and services policy and has been described as “one of the most important social reforms in relation to welfare of people with a disability in recent history”, with real potential to improve the lives of individuals with a disability in Australia. The NDIS was trialled in 2013 following recommendations from the 2011 Productivity Commission report which described Australia’s disability support arrangements as “inequitable, underfunded, fragmented, and inefficient”.

The NDIS aspires to shift choice and control towards people with a disability and their families through person-centred planning and individualised support packages in a social insurance rather than welfare framework. Choice and flexibility are intended to expand through a marketised disability services sector where consumer demand and market competition are intended to drive service quality and funding efficiencies.

The NDIS commenced a staggered geographical rollout across Australia in July 2016. When fully implemented in 2020 it is anticipated that 460,000 Australians with a disability aged up to 65 years will have joined the NDIS and that funding will reach A$22 billion per year.

The NDIS will eventually replace separate state and territory disability support systems, offering national consistency and greater flexibility and portability across state borders for NDIS participants. Importantly, bi-partisan support for the NDIS rests not only in its social justice promise but also in the anticipation of economic benefit driven by increased social and economic participation of traditionally excluded groups.

Eligibility criteria for individualised plans and support packages include being an Australian citizen or holder of a Permanent Visa or a Protected Special Category Visa, aged under 65 years, evidence of a permanent impairment or condition which significantly impacts functional capacity or psychosocial functioning in activities of daily life and social and economic participation, or early intervention requirements.

As such, refugees on permanent humanitarian visas are eligible for the NDIS, while people seeking asylum (such as those on bridging visas) and refugees on Temporary Protection Visas and Safe Haven Enterprise Visas are not able to access the NDIS, as discussed below.

The NDIS essentially empowers people to tailor and direct funding for the services they need in an individualised plan. The NDIS has been praised for enabling individuals to have choices, and to take greater control over their disability funding and services. As Advance Diversity Services has noted, recent developments in the NDIS could improve access for CALD communities. However, there are still significant barriers to participation which need to be addressed before the program is finalised.

NEDA estimates 21.9% of NDIS participants should come from a CALD background. However, the NDIS Quarterly report for the first quarter 2018/19 (September 30 2018) showed that CALD people represented only 9.0% of participants (n=2,328) who received a plan in the quarter, compared with 7.5% in all previous quarters combined.Therefore, there is certainly a “substantial accessibility gap”.

Community service group Diversitat observes that the NDIS model “assumes empowerment”, which can hinder participation from diverse communities.The NDIS assumes that individuals from minority groups and those for whom English is not their first language are informed about the support that is available to them,and that they are able to “articulate” their goals in a way that can take advantage of the services they may be entitled to. The structure of NDIS services assumes that the person accessing the scheme understands his or her own needs, understands Australia’s complex system of services, and has proficient English.

It is known that people with a disability face barriers that hinder their quality of social participation. This is compounded for those with a disability from a refugee background as they face “cumulative disadvantage” as a result of experiencing further marginalisation through exclusion and discrimination.

The challenges that are inherent in the nature of the NDIS itself, and the existing barriers to accessing this service, need to be acknowledged and considered by the Australian Government, in order to make adjustments towards a more inclusive NDIS. A greater understanding of the discrimination faced by people with a disability from refugee backgrounds in their access to disability services will ensure better rates of participation and more positive outcomes for this disadvantaged cohort.

Federation of Ethnic Communities’ Councils of Australia (FECCA), Access and Equity in the Context of the National Disability Insurance Scheme (June 2015).

Advance Diversity Services, Issues That Refugees with Disabilities Face and Recommendations on Improving Policy and Practice to Better Support This Group, 1, 6.

The National Disability Insurance Scheme Contents IntroRead the report in PDFIntroductionBackground to Australia’s Refugee and Humanitarian ProgramA human-rights based approach to supporting refugees with...

The National Disability Insurance Scheme Contents IntroRead the report in PDFIntroductionBackground to Australia’s Refugee and Humanitarian ProgramA human-rights based approach to supporting refugees with... 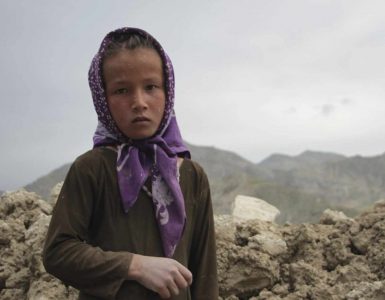 This briefing paper canvasses the options for people in Afghanistan to cross borders, after the closure of borders in Afghanistan.