Your letters are very important to help achieve humane refugee policy reform. Not only do they provide a mandate for organizations and sympathetic politicians to take action, they also require all politicians to go on the record with their actions, or inactions.

Although the main responsibility for this issue lies with the Prime Minister, Immigration Minister and Attorney General, key policies are debated and decided in the party-room and cabinet. This is an often-wasted opportunity for all politicians to raise objections and possibly negotiate changes to bad policy. In order for new laws to come into effect each MP and Senator is required to vote on the issue in the House of Representatives or the Senate, meaning that all federal politicians are responsible for a law or regulation unless they actively oppose it.

Many of our federal politicians do not know the facts about Australia’s refugee policy, or have deliberately remained ignorant so they are not forced to confront the moral issues raised, particularly their own part in them as Australia’s lawmakers.

One way to ensure that they do confront the issues is to write to them, asking very simple, focused questions and then pressing for an answer. Pressing for a timely answer is crucial. They will not want to answer: rather, they will respond with bureaucratic fog in the hope that you will go away. However, it is important that you persist.

Most politicians will evade a direct answer to your questions by telling you they have forwarded your letter to the Minister or Shadow Minister. Make sure you ask them to respond to the questions as your local representative.

You are likely to get a wordy or evasive answer. Read it carefully. If it does not actually answer your question, write again pointing out politely that they have not answered the question. Repeat the question and ask for an answer. Repeat this process as often as necessary.

If you get an answer, write asking another question and repeat the above process.

Remain polite and keep letters brief. This makes evasions all the more evident. Remember, repeated refusal to answer a simple question carries its own story. Write often enough to get you through the list of questions.

You can pick one or more of these questions to ask in the following way:

As the elected representative in my electorate of XX, I would like to know your position in the following matter:

What steps do or will you take as my [local representative, senator, country’s Prime Minister, country’s Immigration Minister] to ensure Australia’s refugee and asylum seeker policies adhere to our legal responsibilities under conventions to which Australia is a signatory, and to our moral responsibilities as a developed nation?

What steps do or will you take to ensure that you have accurate and truthful information to evaluate asylum seeker laws you are required to vote on as my [local representative, senator, country’s Prime Minister, country’s Immigration Minister]?

The Parliament of Australia maintains contact lists for members and Senators.

You can write to one or other of: your local member, relevant Ministers, the Prime Minister, other party leaders. If you write to more than one, compare the answers. If there are discrepancies or you are not satisfied write a letter to your local paper and/or let your friends and colleagues know. 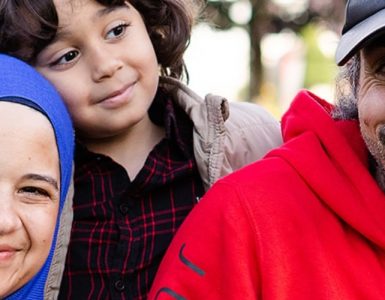 In this Your Voice newsletter, we share the latest updates on our work for the Afghanistan crisis, Operation #NotForgotten, advocating for humane policies in an election year, electing a former refugee to lead RCOA as...