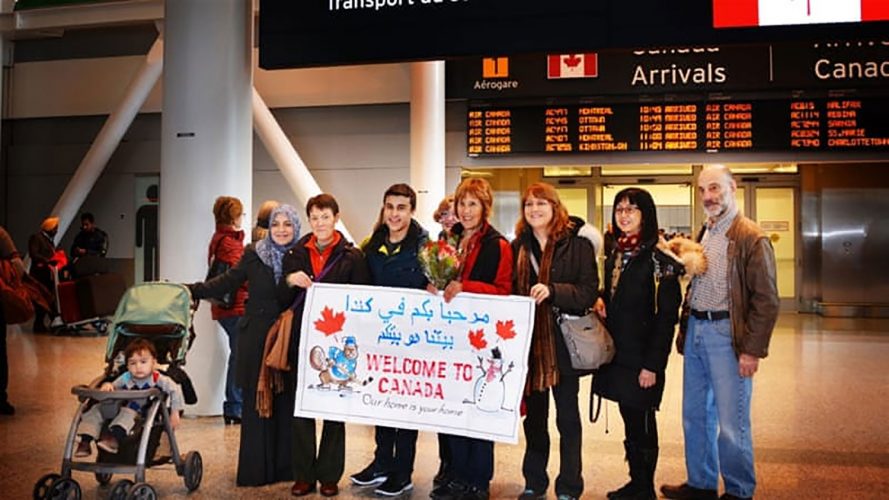 The current Community Support Program (CSP) is a program that makes it possible for people and businesses in Australia to support a person in humanitarian need to come to Australia and assist them in their settlement journey. The CSP replaces the Community Proposal Pilot, a national trial which ran from 2013-2017.

Who can come under the Program?

As well, if they say that they are prepared to work in regional Australia, they are given additional priority.

According to the government, while no nationality is excluded from consideration, it identifies ‘resettlement priority countries’ based on a number of factors, including through the consultations on the Refugee and Humanitarian Program. The focus of the Program this year is on people from the Democratic Republic of Congo, Afghanistan, Eritrea, Ethiopia, Myanmar, Bhutan, Syria and Iraq.

Australian sponsors under the CSP can be individuals or families, businesses, or community organisations which work with Approved Proposing Organisations (APOs) and enter into arrangements to propose, and support offshore applicants for humanitarian visas.
There are now 10 APOs that are approved to submit the visa applications. They are:

The CSP is meant to be based off Canada’s successful private sponsorship program, which has run for over 40 years. In Canada, private sponsorship of refugees (PSR) has been part of the resettlement landscape since the Indochinese refugee crisis in the late 1970s and is estimated to have resettled more than 300,000 refugees since.

Typically, this has occurred via religious, ethnic, community, or service organisations who are Sponsorship Agreement Holders (SAHs) or Groups of Five (five or more Canadian citizens or permanent residents). All sponsors agree to give “emotional and financial support to the refugee for the full sponsorship period” and raise the equivalent of one year of social security, which is held in a trust account and paid to the sponsored refugees to meet their settlement expenses. The required cash amount can be reduced by in-kind commitments of housing, clothing, furniture, household goods and food.

Canada’s most effective and high-functioning Sponsorship Agreement Holders (SAHs) provide a good model for community sponsorship and partnerships in Australia. These SAHs bring together:

However, the current CSP model leaves much to be desired in light of Canada’s program. For a detailed outline of what Australia can learn from Canada’s private sponsorship program please see our briefing paper here.

Our concerns with the current CSP

There are a number of problems with this current model. Firstly, the program focuses on individuals or businesses being sponsors, rather than communities coming together to sponsor refugees. By focusing on individuals, there is a risk of relationship breakdown, financial pressure and exploitation. In addition, the settlement and integration benefits of broad community engagement with a newly arrived family may be lost.

Second, the costs associated with the scheme are prohibitively high. An estimation of the cost to an individual or business wishing to sponsor a family of five (two adults entering Australia to work together with three children under ‘working age’) would be up to $100,000, including an assurance of support of around $35,000 to cover income support for the sponsored family, to the extent to which they rely on social security in the first 12 months of arrival.

Third, the CSP currently gives priority to applicants who are: (i) considered ‘job ready’; (ii) come, are from certain countries; and (iii) are willing to settle in regional areas of Australia. The ’job ready’ requirement prioritises those with the highest education and skill levels, rather than those in most desperate and urgent need of resettlement. The country-of-origin requirements also may function so as to preclude those in most urgent need of resettlement.

Finally, the program currently sits within the Refugee and Humanitarian Program, which has a fixed annual visa quota. This means that sponsored refugees would take places out of the number of refugees that the government has already committed to resettle. In order to attract community members as sponsors, our community sponsorship program should be supplementary to the government’s existing commitment, allowing the community to support additional refugees to settle in Australia and expand our national response, rather than privatising an existing government commitment.

For a detailed outline of our concerns see our briefing paper.

In April 2018, the Refugee Council of Australia  joined other organisations, including Save the Children Australia, Amnesty International Australia, the Australian Churches Refugee Taskforce, Welcome to Australia and Rural Australians for Refugees, to stand for an affordable and additional refugee community sponsorship program. The Community Refugee Sponsorship Initiative’s vision is to permit and encourage the sponsorship of refugee resettlement in Australian communities.

This initiative aims to build on the government’s current Community Support Program (CSP) by enhancing the capacity of the community to provide generous humanitarian protection to those fleeing persecution. We are calling on the Australian government to increase their humanitarian migration quota through the community sponsorship program. This involves introducing a scheme which will create 5000 places per annum, growing to 10,000 in five years. This initiative is similar to community sponsorship programs already in place in Canada and the UK.

Find out about the Community Refugee Sponsorship Initiative and pledge to sponsor an individual or family,.Read the position paper: A new model for community refugee sponsorship in Australia