In August 2017, the Refugee Council of Australia made its submission on the Australian Citizenship Legislation Amendment (Strengthening Requirements) Bill 2017. That Bill was discharged from the Notice Paper on 18 October 2017. We have published a summary of the report on that Bill. The Australian Citizenship Legislation (Strengthening Commitments) Amendment Bill 2018 was then introduced into the Senate on 7 February 2018.

On 15 February 2018, the Senate referred the Australian Citizenship Legislation Amendment (Strengthening Commitments) Bill 2018 to the Legal and Constitutional Affairs Legislation Committee for inquiry and report by 4 December 2018. Submissions for the inquiry closed on 17 April 2018.

This Bill is very similar to the Australian Citizenship Legislation Amendment Bill 2017 (the 2017 Bill), on which RCOA made a submission. Accordingly, we reiterate the profound concerns that we expressed in relation to the 2017 Bill, and note the significance of the proposal to further extend the residence requirement for citizenship in the current Bill.

The requirement that a person must be a permanent resident for a period of eight years before becoming a citizen would have a significant impact on refugees who arrive in Australia by boat. There are very significant delays in the refugee status determination process, resulting in a prolonged waiting period before people are granted refugee status. Under the proposed changes, this time would not count towards meeting the residence requirement. As discussed below, this change would further delay citizenship and family reunification opportunities for those people who are most vulnerable. Refugees who arrived by boat may be waiting up to 18 years before becoming Australian citizens. Further, requiring resettled refugees to wait eight years for citizenship will impede successful settlement and further exclude the most vulnerable.

For refugee and humanitarian entrants, Australian citizenship has a special significance. Gaining citizenship marks both their integration into their new country and the end of their displacement. For many, it will mark the first time they have experienced the protection of a State, rather than its persecution. Citizenship provides them with the safety they need to settle and to heal, and gives them the security to build and imagine their new lives. For this reason, most refugees and humanitarian entrants are eager to apply for citizenship as soon as they can, and prize it highly.

The current Bill would disproportionately affect refugees, and it would fundamentally alter the nature of Australian citizenship. The proposals in the Bill would effectively convert citizenship policy from being a tool of inclusion to a tool of exclusion. Other provisions in the Bill, by limiting merits review and greatly expanding ministerial discretion, would weaken the security and protection that is the hallmark of citizenship.

The inclusive nature of Australian citizenship is a crucial element in the success of our multicultural society. Gaining “citizenship should be an enabling, positive and welcoming process for applicants and one which is seen to contribute to building a cohesive and dynamic nation.”

The Government justified its previous Bill by claiming it will improve social cohesion and ensure that citizenship is valued. Yet by effectively excluding some people from citizenship, this Bill will undermine social cohesion, and deny citizenship to those who value it most highly and who are most vulnerable.

Other parts of the Bill would grant the Minister extraordinary powers, limiting access to both merits and judicial review, and limiting parliamentary scrutiny. Such aspects of the Bill gravely undermine the very rule of law that all prospective citizens would be required to commit themselves to under this new Bill.

This submission begins by highlighting the value of citizenship to people from a refugee background, and the disproportionate impact that this Bill will have for them. It then sets out our key concerns about aspects of this Bill including:

The submission also includes case studies to give examples of how the proposed changes would impact people who have experienced forced displacement. We are concerned that the Bill will exclude the very people that the Government wishes to see ‘integrate’ into Australian society.

Finally, we continue to argue for evidence-based policy that will help people settle and contribute to Australian society, rather than political rhetoric that divides and excludes. If the Australian Government genuinely wants people to ‘integrate’ and contribute, supporting people to participate and be included within the wider community would be a productive way to build on the “most successful multicultural society in the world”. 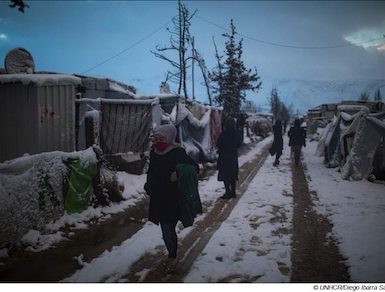