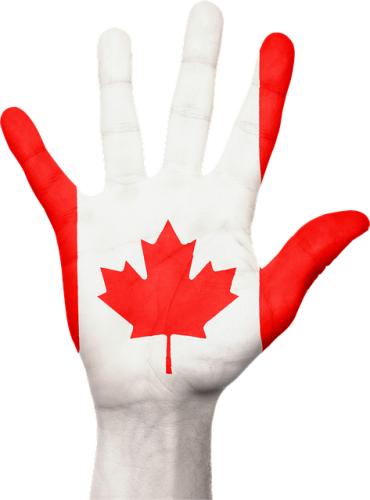 In June 2017, senior staff of Settlement Services International (SSI) and Refugee Council of Australia (RCOA) were involved in meetings in Canada and Geneva to learn more the Canadian model of private sponsorship of refugees and its implications for Australia. SSI CEO Violet Roumeliotis and RCOA CEO Paul Power participated in the Annual Tripartite Consultations on Resettlement (ATCR) and UNHCR’s Annual Consultations with NGOs in Geneva and then travelled to Canada to join Astrid Perry and Katrina Grech of SSI for 10 days of meetings and site visits in Vancouver, Toronto and Ottawa. Paul Power also visited Montreal. After presenting and participating in a two-day meeting of Canada’s National Settlement Council, the SSI and RCOA delegates were involved in site visits or meetings with 18 NGOs and representatives of Immigration, Refugees and Citizenship Canada. This discussion paper summarises the delegation’s key findings and puts forward, for further dialogue, ideas of how the current Australian sponsorship model could be modified.

The role of private sponsorship in Canada’s resettlement program

Private Sponsorship is the resettlement of a refugee where financial costs and settlement support are provided by private groups or organisations. In Canada, private sponsorship of refugees (PSR) has been part of the resettlement landscape since the Indochinese refugee crisis in the late 1970s and is estimated to have resettled around 280,000 refugees since that time. Typically this has occurred via religious, ethnic, community, or service organisations who are Sponsorship Agreement Holders (SAHs) or Groups of Five (five or more Canadian citizens or permanent residents). All sponsors agree to give “emotional and financial support to the refugee for the full sponsorship period” and raise the equivalent of one year of social security which is held in a trust account and paid to the sponsored refugees to meet their settlement expenses. The required cash amount can be reduced by in-kind commitments of housing, clothing, furniture, household goods and food.

Observations of program and lessons learned

Effectiveness of sponsorship in refugee protection

While the program has its challenges, Canada’s private sponsorship of refugees has been highly effective in improving the protection of refugees, providing a durable solution to the displacement of more than 280,000 people. This is a larger effort than the total resettlement program (government and private) of any country outside of North America and Australia. It is achieved at minimal cost to the Canadian Government and provides a model which can be adapted in many other countries as part of global efforts to respond to the pressing need for more resettlement places.

Many people involved in the sponsorship program speak enthusiastically about how it benefits Canadian society by bringing people together to work on a common cause. Because members of the broader community can readily participate, the sponsorship program, in the words of Gregory Maniatis of the Open Society Foundations in his ATCR presentation in Geneva, “reanimates life at the community level, addressing one of the problems we have today, which is the breakdown of community and the sense of individual loneliness”. Mr Maniatis spoke about how volunteers involved in refugee sponsorship are prompted to seek out the support and skills of others in the community, how alliances are built between faith-based and secular organisations and partnerships between local communities and government. An Ottawa organisation quoted a local volunteer’s reflection on being part of a sponsorship group: “I have met the most wonderful Syrians and I have met the most wonderful Canadians as well.”

Differences between government-assisted and privately-sponsored refugees

Selection of refugees for sponsorship

Private sponsors’ role in selecting refugees for resettlement favours those with relatives and connections in Canada and limits opportunities for the resettlement of the most vulnerable refugees nominated by UNHCR as being in need of resettlement. The opportunity for Canada’s refugee community members to reunite with members of their extended families is a significant driver of interest in private sponsorship. However, private sponsors are also involved in making their own selection of which refugees to resettle, beyond requests from families in Canada. Some sponsors spoke of being inundated with heart-rending appeals for resettlement. Others observed that this is inappropriate when UNHCR is much better placed to do this and is trying to find resettlement places for 1.2 million refugees in priority need of resettlement in 2018. The Canadian system does allow for UNHCR-identified refugees to be sponsored to Canada through the Visa Office-Referred program but numbers resettled through this process remain small.

In his presentation to the ATCR, Brian Dyck of Canada’s Sponsorship Agreement Holders Association spoke of several key motivations for sponsors. These include: connections with family members and friends in need of resettlement; affinity with groups such as LGBTI refugees; commitment to volunteering; people resettled as refugees in the past paying it forward to the current generation of refugees; faith motivation; and a sense among many Canadians that sponsoring refugees had become an important part of the national identity.

Organisations reported that business interest in supporting and employing Syrian refugees was high in 2015 when publicity about refugee needs was at its height. This resulted in some increased support but fewer results than expected, “because people have businesses to run”, as one NGO leader observed. A businessman and philanthropist in Guelph, Ontario, Jim Estill, has received publicity for his outstanding efforts to give $1.5 million in financial support for the sponsorship of 58 Syrian refugee families. He has worked with Muslim Society of Guelph, which has created the infrastructure, recruited and coordinated volunteers and submitted applications through a partnership with a sponsorship agreement holder, the Islamic Foundation of Toronto. While Mr Estill’s example is rare, his approach shows the benefits of business working with community organisations. As Professor Audrey Macklin of the University of Toronto observed, much of the unseen work of private sponsorship is done by volunteers (often retirees) who have the time to show newcomers how to use local public transport, help to book children into school and explain the complications of banking and government systems. “Sponsorship of refugees is often about very inter-personal work. That’s not what corporations do.” However, Professor Macklin sees great scope for business engagement in employment strategies, particularly sectors such as banking and construction.

Private sponsors are required to develop settlement plans for the refugees they resettle. These should include making connections with government-funded settlement services. However, government officials noted that many family members involved in the sponsorship process and inexperienced Groups of 5 did not introduce newcomers to these services in the early months in Canada, when the services were most needed. A number of settlement service leaders reported that their agencies too often were first contacted to help refugee families when needs became critical or the relationship with the sponsor fell apart.

Because regulation is relatively limited, the Canadian private sponsorship system relies heavily on sponsorship groups for its effectiveness and integrity. The 108 organisations which have been registered as Sponsorship Agreement Holders (SAHs) have previously demonstrated they have the financial resources, the planning and the commitment to coordinate sponsorships. As SAHs oversee the work of constituent groups which work with them, the SAHs take responsibility for ensuring these groups meet the requirements for finances, settlement plans and criminal record checks for volunteers. The challenge of working with Groups of 5 is greater, as the system allows for any five permanent residents to come together to submit a one-off application to sponsor. While each group must meet preconditions for finances, settlement plans and criminal record checks, the disparate nature of these groups makes monitoring of their activities difficult. The Canadian Government funds a small secretariat and annual conference for the SAH Association, as a forum for dialogue with the SAHs. Funding has increased for the Refugee Sponsorship Training Program (coordinated by Catholic Crosscultural Services in Toronto), enabling the program to expand from four staff to a network of trainers in seven cities.

Three of the greatest challenges in managing effective sponsorships are maintaining good relationships between the sponsor and refugee, managing the expectations of all concerned and maintaining effective communication. Many new sponsors are unaware of some of the challenges of supporting newly arrived refugees and some have difficulty appreciating the refugee family’s need for autonomy. Some sponsors may overtly or subconsciously project an expectation of gratitude which leaves refugees feeling beholden to their sponsors. Refugees can have high expectations about their employability, rights, entitlements, housing, location or quality of life in Canada which, when not met, may result in confusion, resentment, anger and, ultimately, a breakdown in the relationship with the sponsor. Managing expectations through regular and effective communication is a central message emphasised in training offered to sponsors.

While most of the relationships between sponsors and refugees are supportive and constructive, some leaders in the sponsorship movement spoke about the risk of refugees being exploited by some people involved in sponsorship. These risks include pressure on refugees to repay their sponsors (something specifically banned by government) or being obligated to work against their wishes for a particular employer.

One of the international criticisms of the Canadian private sponsorship program is that it does not guarantee the same level of monetary support available to other refugees. In their first year in Canada, government-assisted refugees receive monthly income support, if they require it, through the federal government’s Resettlement Assistance Program. Private sponsors are expected to provide a similar level of support but can give part of this assistance in kind, reducing privately sponsored refugees’ capacity to allocate their income as they see fit. In the second year in Canada, refugees in both categories become eligible, like other Canadians, for income support managed by provincial governments. Income support from the federal government and private sponsors ceases.

Even with the significant expansion of the PSR program in 2016, when it peaked at 17,600 places, demand is always far greater than the number of available spaces. The quota for 2017 is 16,000 places and many SAHs are frustrated by the restricted numbers of places allocated to them.