Submission to the inquiry into Australian aid strategic effectiveness

Strategic cooperation to enhance refugee protection in the Indo-Pacific region

The Refugee Council of Australia has repeatedly called on the Australian Government to develop an integrated cross-portfolio approach to addressing issues of forced displacement, recognising the fundamentally global nature of the issue.

Australia has several levers of influence that could be used to much greater effect in an integrated strategy. These levers include:

It is unclear how Australia’s Aid Program is used to address drivers of forced displacement or improve refugee protection. Both of these are of great significance in the Indo-Pacific region where there are few states that are signatories to the Refugee Convention and where there are large numbers of people in protracted refugee situations, internally displaced, seeking asylum or stateless. The Asia and Pacific region is home to 7.7 million people of concern to UNHCR. They include 3.5 million refugees, 1.9 million IDPs and 1.4 million stateless people. The majority of refugees originate from Afghanistan and Myanmar.

Community members participating in RCOA’s annual consultations pointed to Australia’s significant investment in aid to Myanmar and Afghanistan, for example, which they argued could be better informed by protection concerns or used to leverage better outcomes, such as for returnees.

It would be good if we used foreign aid contributions, but how much of that is used for helping refugees in camps? Not very much. – Karen community member, Logan, Queensland (RCOA annual consultations, 2017)

Several people spoke about how Australian aid could be used to increase access to education or livelihoods for refugees in countries of asylum, including in refugee camps. This would contribute significantly to refugees finding safety and a future closer to home:

I know some organisations in (refugee) camps are helping, but if countries like Australia and others can actually help with those international NGOs that are doing, for example, trade school and education, and even scholarship opportunities for people in the refugee camps to go somewhere to actually build up themselves, I think that would be really great. If people are educated, if they are able to provide for their own needs, some of the abuse in the refugee camp will actually be cut down. – Community member, Brisbane (RCOA annual consultations, 2017)

The potential for effective co-operation between Australia’s Aid and Humanitarian programs remains unharnessed. Through the development of an overarching strategic approach, the guiding principles of both programs could be harnessed to support each other. This could be further supported by considered diplomatic efforts, either bilateral or multilateral.

Australia needs to have a very explicit regional protection strategy that links across aid, diplomatic efforts and resettlement. At the moment, Australia has a regional deterrence strategy (developed in 2013) that…is premised on the notion that there are no refugees coming from within the region; that they’re all coming externally to the region. In reality, 87% (of refugees) or probably more now are actually from within the region… – Service provider, Sydney (RCOA annual consultations, 2017)

To achieve the goal of enhancing refugee protection and addressing the drivers of forced displacement in our region, the Australian Government should convene a forum with representatives of relevant government departments, NGOs, peak bodies, intergovernmental bodies and other relevant stakeholders to advance the development of an integrated and strategic response to forced displacement in our region, including consideration of the roles of aid, diplomacy, capacity-building and resettlement.

Funding for the United Nations is vital to support its various agencies and institutions, and to ensure that global governance systems can perform effectively. The voluntary contributions made by the 193 members of the UN are critical to the resource pool, as many UN organisations, such as the World Food Program, rely solely on discretionary funding.

Increasing financial support for the UN can be both strategic and effective, as no other organisation has such reach, scale and impact. Further, many of UN’s agencies are serving the most vulnerable populations in unstable regions, including through peacekeeping, aiding famine-struck areas, and assisting victims of the most prolific refugee crises in history.

Many UN campaigns have been gravely underfunded in recent years. In 2017, only 50.6% of humanitarian needs were funded. Targets for 2018 needs are similarly concerning, with global humanitarian response plans thus far only having received 27.8% of the required funding. In the Indo-Pacific region, humanitarian funding for Myanmar is currently at 21.6% of the USD $183.4 million needed. Funding of UN response plans in Bangladesh and Pakistan are currently at 16.9% and 14.3% respectively.

The funding situation for the UN agency with the mandate to protect refugees—the United Nations High Commissioner for Refugees (UNHCR)—has reached a crisis point. Despite the record needs of refugees around the world, the gaps in UNHCR’s budget have been consistently growing since 2016. In 2018, UNHCR’s global budget was estimated to be USD $8.275 billion, with only USD $1.745 billion (or 20%) committed by donors. This leaves a budget gap of USD $6.599 billion.

UNHCR’s budget for the Asia and the Pacific region was estimated at USD $329 million in 2018 (a supplementary appeal was made in October 2017 in response to the Rohingya crisis). UNHCR reports that shortfalls in funding have resulted in UNHCR’s diminished presence in certain parts of the region, and a prioritisation of resources is likely to reduce the number of UNHCR staff across Asia and the Pacific. Funding shortfalls are expected to have an impact on UNHCR’s “provision of life-saving support in the context of the Myanmar refugee emergency, critical support to Afghan refugees throughout the region and those who return home, as well as smaller, less visible operations across the region” (see Section 5 of this submission on support for refugees in Indonesia).

These ongoing shortfalls in funding mean UNHCR cannot properly discharge its duty to protect refugees in critical situations around the globe.

Whilst it is important for states to continue to fund programs and initiatives of their own making, the relief of global crises and aid issues cannot be achieved through domestic programs alone. It is imperative that Australia as a member of the international community with a strong reputation as a contributor to humanitarian responses continues to make a significant financial contribution to global governance mechanisms, including to UNHCR and other UN agencies.

Aid for refugee hosting middle-income countries in the Indo-Pacific

Malaysia, Thailand and Indonesia are middle-income countries hosting over 280,000 refugees and people seeking asylum in the Indo-Pacific region. However, refugee communities lack the necessary protection and recognition under domestic laws in these key refugee hosting countries, and most do not have access to the right to work, formal education or affordable healthcare. As with most of the countries in the region, these three countries are not signatories of the 1951 Refugee Convention.

Refugees and other forcibly displaced populations in the Indo-Pacific region are given very minimal international support or recognition of their situations. Their needs are often overlooked in host countries, as well as by international organisations and in bilateral aid programs, which have priorities elsewhere.

Refugees and other forcibly displaced populations in the Indo-Pacific region are often supported by small local organisations that depend entirely on minimal amounts of and precarious funding. In Malaysia, some children among the refugee population of 150,000 have received informal education through initiatives run by the UNHCR, NGOs or community-based organisations (CBOs). However, these programs are limited and under-resourced. In Thailand, most of the 100,000 camp-based people seeking asylum have been denied access to formal asylum procedures and continue to wait for durable protection solutions. It is further estimated that 8,000 refugees are largely unrecognised by the government, and rely on limited aid from UNHCR and CBOs.

A lack of available funding directly impacts upon refugees who rely on support from international organisations, such as the World Food Programme and the UNHCR, particularly in the context of the global funding shortfalls described above. For many refugees, this condemns them to a life of poverty, and forces them to make difficult choices between health, accommodation and schooling for their children.

In these contexts, Australian aid can be an important tool in improving livelihoods. Through the provision of aid, Australia can support local organisations who are assisting refugees living in precarious situations. Funding for civil society organisations situated in refugee hosting countries could help address factors that may push these individuals to make dangerous onward journeys, including to Australia.

Increasing aid support for national NGOs and local community-based organisations (CBOs) as a means of enhancing the protection of these vulnerable groups in the Southeast Asian region has the potential to be both strategic and effective. As this Inquiry has noted, local organisations are often best equipped to understand the most pressing needs of the communities they work with.

Initiatives such as the newly-established Australian Aid Friendship Grants could be used to assist smaller refugee and forcibly displaced populations in the region more effectively.

This submission to the Australian Human Rights Commission's draft National Anti-Racism Framework outlined the experience of refugees and people seeking asylum and the impacts of racism on their communities, social... 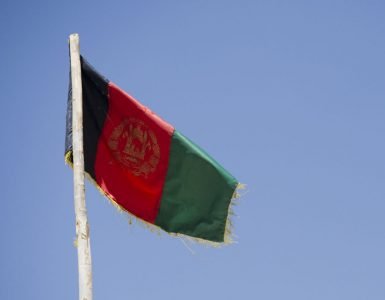