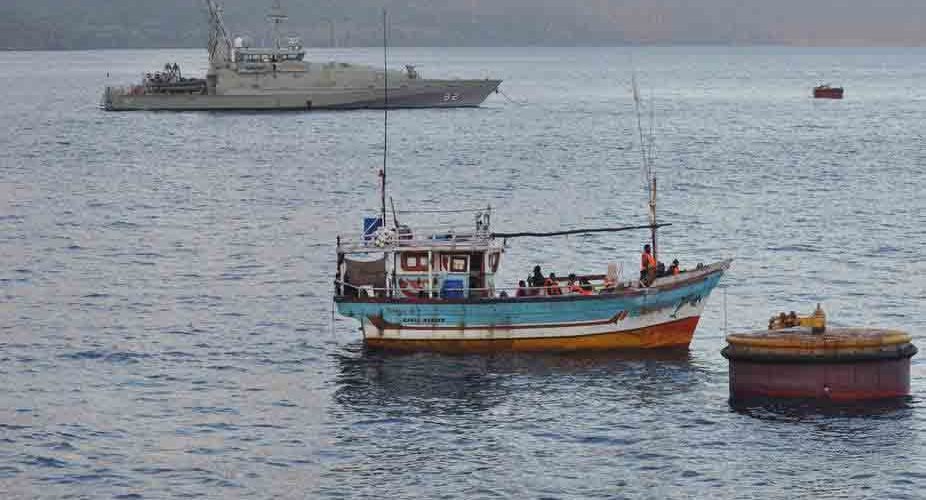 Operation Relex I and II

Australia first introduced the policy of turning back boats in 2001, following the Tampa incident. The Tampa incident sparked the introduction of Australia’s interdiction program named ‘Operation Relex’, which lasted until early 2002. It was succeeded by Operation Relex II which ended in July 2006.

Between 2001-2003, five boats carrying a total of 614 passengers were turned back. The details are as follows:

The below graph plots the number of people intercepted on boats since 2013, combining data taken from Senate Estimates with previously published data by the Australian Border Force.
Australia’s asylum policies

This graph includes boats that are ‘turned back’ to the country of departure, or ‘taken back’ (where those intercepted are handed over to another government, such as Sri Lanka or Vietnam with which the Australian Government has agreements to return people), and ‘assisted returns’ (where a vessel is in distress).

There are some differences between the different sources of information. The government has explained that not all interceptions are recorded in the monthly updates, and are only publicly made available if it is no longer considered operationally sensitive.

The graph above includes information made available in Senate estimates in March 2020. In December 2020 and March 2021, the Government confirmed that there had been no change to this information.

In March 2020, the government also provided information about boats that came after September 2013 but could not be safely returned (there is also no update to this information as of March 2021). This is reflected in the graph below.

The government also gave information about where the people on those boats were now.

Boat turnbacks Contents IntroBoat turnbacksOn 23 January 2023, the Refugee Council of Australia joined a number of other civil society organisations in writing to the Minister for Immigration, Citizenship, Migrant...