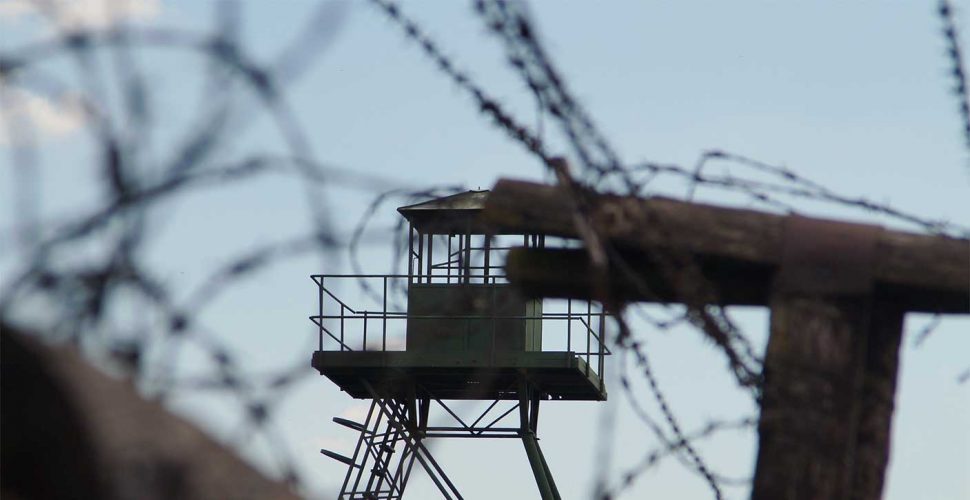 What is a refugee? The dictionary definition is an exile who flees for safety. That is exactly what my family and I were.

I was seven and a half at the outbreak of the Hungarian revolution on the 23rd October 1956. A terrible year for Hungarians! There were three major disasters that year. To begin, there was a magnitude 5.8 earthquake, with the epicentre right where we lived in Dunaharaszti.

But I will get to that and relate how we came to be living there shortly, because that is a story on its own. The second disaster was a major flood of the Danube River on whose banks we were living, and the third one was the Hungarian Revolution.

To go back and give you a little insight into my family background I need to share with you, the audience, the fact that my father lost his first wife and my mother aged 26 lost her first husband aged 29 during the Second World War. My parents married after the war, I was born in 1949.

My grandfather was a wealthy man, a prominent Hungarian furniture manufacturer. The communist regime did not tolerate wealthy people and when I was two years old we were deported to a very small village called Dunaharaszti. There we had to stay till we escaped to Austria in 1956.

A little bit of history here remembering that…at this time, the Iron Curtain prevented the free movement of people between countries and even cities.

My father was desperately trying to get us out of Hungary as early as 1952 as he recognised that we had no future in this communist country. When the Hungarian revolution broke out he seized the opportunity to escape.

The US-funded radio Free Europe, the UN and others offered assistance, if Magyars were to take up arms against a Soviet-backed Communist regime. Spurred on by those words of support, the Hungarians rose up, heroically, on October 23rd, 1956. However, assistance from the West never came. Hungarians have for years resented the West, for this failure to live up to their offer.

Memories of the 1956 Hungarian Revolution come flooding back. In Budapest, street-by-street gun battles against Soviet tanks lasted less than two weeks, before the revolt was snuffed out. The Hungarian toll: more than 2,700 killed, 20,000 injured, 35,000 buildings destroyed and 200,000 refugees – including my parents and me.

The crushing of the revolt resulted in the biggest mass exodus of Hungarians. The aftermath of the 1956 Hungarian revolution was marked by mass arrests, show trials, executions and long prison terms.

The exodus tore families apart, as people fled to different countries; most separated families had no means of coming together again. For us the hard decision had to be made – do we leave my 64 year old grandmother, who lived with us all her life, behind or not? Having assessed the situation we decided that it was not viable for her to come with us.

The actual escape from Hungary to Austria is another story on its own and time does not permit to tell the full story; however I just want to share a few important points.

During the escape we were shot at, two people in our party were killed, we had to hide in freezing snow for hours until I could not feel my hands and feet, the snow was very deep, higher than me and I had to follow in my fathers wake, the journey took two days and as you can imagine, when we finally crossed into Austria at the bridge at Andau we were elated. I will never forget the kindness and generosity displayed by the Austrians to us as refugees!

On 26 October, Austrian Interior Minister Oskar Helmer announced that every Hungarian refugee would be granted political asylum. The West’s inaction left governments with a feeling of guilt. Subsequently, Hungarian refugees were welcomed with open arms in the West. However very strict quota systems were implemented by most countries.

In Austria we endured several months in a refugee camp in Salzburg but at least we were safe. You might well ask why Australia; we applied to Canada, USA and Australia to take us in. My mother’s brother was already in Australia so we thought we would have a better chance to get a permit to immigrate there.

And that is exactly what happened. Additionally in my parents case Australia was preferred as it was as far away from Europe as you could go.

After a long and gruelling wait which seemed like forever, in March 1957, five months after our application, we were accepted, subject to medical examination. This was seen by my parents as another major hurdle as my father had some heart problems and he was terrified that we will not be accepted for that reason. I can still feel the relief, when finally after a long wait, the news came that we were accepted and we had passage on a ship called the Fairsea to depart from Bremerhaven Germany, to Australia.

The Fairsea was a converted troop ship with no cabins, just big open spaces with triple-decker bunks, so cramped, one could not sit up straight. Men were assigned to one section, women to another. The toilet and shower facilities were one long open block and everywhere you went there was an awful reek of bleach or phenol.

People threw up because of the smell, not just the swell! I did not see my parents for most of the five week journey as they spent most of their time below decks being seasick.

We landed in Melbourne on the 26 May 1957, took a train to Sydney where we were given 50 pounds by the welfare society to commence our lives. My father took a job as a storeman in a wool factory; my mother went out to do cleaning. This is a lady who was accustomed to having servants of her own in Hungary. We lived in Kings Cross in Victoria Street, above a pub on the third floor of a terrace cottage; in one room…Boy, living above a Kings Cross pub in the 50’s was an education…I can tell you!

I went to the local primary school, Darlinghurst Public, which would have had to be one of the worst schools in Sydney at the time. I was the ONLY non English speaking kid. As a result there was never a day in my life, I wasn’t called a WOG, or that I was not ridiculed, because of my salami sandwiches or because I wore proper school uniform while most kids wore thongs, no tie and a T-shirt, which was not the prescribed school uniform.

My parents insisted that I had to go to school looking spick and span in my “Sunday best”. Thinking back on it, interestingly, I believe this has made me a better person, these days we would be talking about bullying, taking action, or even suing, but I feel that I am a stronger, more tolerant person as a result.

Two years later we moved out of the terrace house in Victoria Street. After a lot of blood, sweat, tears and hard work, my parents managed to save enough money to be able to put a small deposit down on a semi cottage in Waverley, where we lived for the next 10 years.

My mother established herself as a confectionary manufacturer’s agent, importing European chocolates like Lindt into Australia and my father later joined the business. My mother passed away last year aged 95. She was 77 when she stopped working in the business that she founded in 1959.

In my youth I was very involved in a youth organisation, taking groups of even younger kids on camps and in weekly group meetings. Vast majority of my friends, even today, 47 years later are from that area. I was able to learn many skills, from my youth organisation involvement which I still use today.

I am very patriotic about Australia and love our way of life. I wanted to pay back to the country that gave my parents and me our freedom and accepted us. As a result in 1967 I joined the Australian Army, 1st RNSW Regiment, Commandos.

Having served an initial period of six months, I was told that because I come from a communist country and since I still had relatives in Hungary I was a military threat! I could not be in the Signal Corps, Military Police and several other parts of the services. At the time this was the worst thing that Australia could have done to me.

I married Melissa in 1975 and have two children Mark and Simon both of whom are married. I am now what is called retired, but seem to be busier than when I was working. This is after a career spanning thirty eight years in Telstra and IBM working mainly in various senior managerial capacities.

Initially I joined the PMG in 1968. I have held many roles as an executive within the IT and Telecommunication sectors both in IBM and Telstra covering key areas of strategic analysis and implementation of large scale change.

In 1996 I joined a Service Organisation called B’nai B’rith and was the founding President of a new Unit named after Syd Einfeld, a politician, who assisted many refugees immigrating to Australia after World War II. Subsequently I became the President of B’nai B’rith NSW, for two terms, spanning four years. B’nai B’rith is an International Jewish Service Organisation with presence in 50 countries, with NGO consultative status at the UN since its inception.

I established and am the founding Chairperson of Courage to Care, a travelling exhibition, which aims to inform and educate Australians of the dangers of prejudice and discrimination. The program combats bullying and racism by empowering the individual to make a difference and teaches one not to be a bystander.

Courage to Care has been seen by 168,000 people including 68,000 school students who have attended a two hour anti-bullying, anti-racism workshop.

In 2009 I received a Medal of the Order of Australia (OAM), for services to the community through the promotion of cultural diversity and understanding. I am involved in and have worked with numerous communal boards and organisations for the past 16 years in various capacities. My Motto is: People who say it cannot be done should NOT interrupt those who are doing it!

One might ask what it means to be safe here in Australia; I believe In Australia you live under the protection of the law not in fear of it!…Where in more repressive regimes people live in fear, here the freedom of people is guaranteed under the law! People are generally not in fear of the “knock” at the door in the small hours of the morning.

Australia has given me the opportunity to be whatever I want to be regardless of financial situation or social status. I have opportunities to study, freedom of association, freedom to express my views and a bloody good way of life.

Despite this, as a nation, we’ve become less tolerant of those in our society who are different, those who profess a different lifestyle, are of a different race, religion or cultural background, or who profess different values from that of mainstream Australia. There is absolutely no place for divisiveness, discrimination or racism – attitudes which must be rejected.

We are the world’s most socially harmonious society and we must remain that way. Thank you Australia.