After the boats have stopped: Refugees stranded in Indonesia and Australia’s containment policies

As of December 2017, 3,299 people were detained in Indonesia. Under Indonesian law, introduced in 2011 after diplomatic pressure from Australia,4 all undocumented migrants, including refugees, must be detained. Australia’s has supported Indonesia to increase detention, which has led to an increase of refugees being detained. Until recently, Australia funded the accommodation of people seeking asylum in 13 detention centres, 20 makeshift detention facilities and continues to fund over 42 community housing facilities across Indonesia.

Australia pays for the care of refugees and people seeking asylum in Indonesian detention centres, by funding IOM to provide basic services to detainees, including food, medical care and other essentials. This funding has also included expanding and upgrading a number of immigration detention centres, and the ongoing maintenance and upkeep of detention centres. However, many people in detention report inhuman conditions, solitary confinement, lack of basic essentials and medical care, physical and sexual abuse and severe overcrowding.

In March 2018, the Australian Government announced is reducing funding to IOM for care of refugees in detention. As a result, many refugees are being released from immigration detention by the Indonesian Government. Over 1600 refugees have been released from detention in 2018, with IOM expecting that all refugees will be released by the end of the year. However, it is not clear how Indonesia and IOM will screen for refugees who may still end up in detention centres.

As discussed below, hundreds of refugees have been living on the streets outside detention centres in Indonesia, asking to be detained so that they may come under the care of IOM and receive a basic living allowance, as well as be eligible for support in a community housing facility. While some refugees have been detained temporarily or provided with community housing, many are excluded as they sought assistance after the cut-off date. 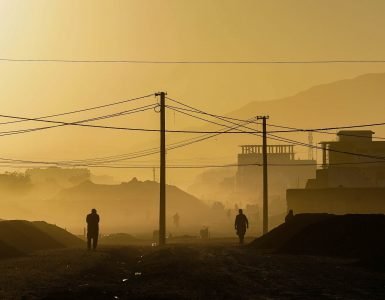