FacebookTwitterRedditPinterestEmail
Home > Media > After eight years of offshore processing, where to from here?
MediaNewsRefugee Alternatives

After eight years of offshore processing, where to from here?

Background about 19 July decision and its bipartisan support
Eight years ago, on 19 July 2013, then Labor Prime Minister, Kevin Rudd, made an announcement that further hardened the newly-restarted offshore processing policy: no one arriving by boat in Australia and seeking protection would be settled in Australia, even if they are found to need refugee protection. Instead all the arrivals would be transferred to Manus Island, PNG and Nauru for processing. Those found to be refugees were expected to settle in those countries or other third countries not identified at that time. When the Liberal and National parties were voted in to form a Coalition Government in September 2013, they continued to implement this arrangement at significant financial, human and reputational cost.

Who has been affected?
At the start of the ninth year of this policy, thousands of people remain affected by it. 3,127 people have been sent to Nauru or PNG. Families remain separated, people remain in limbo, and there are now many children – who despite being born in Australia, Nauru or PNG – are considered irregular maritime arrivals and subject to offshore policies. Over 1,200 people affected by this policy remain in Australia, 132 of whom are locked in closed immigration detention and 233 remain offshore (125 in PNG and 108 in Nauru). A durable solution has been secured for only 1,000 people, with the majority being resettled in the United States of America (968 people). More than 750 people have been returned to their countries of origin, voluntarily or by force. This number includes 53 people who were recognised as refugees and returned to home countries from both PNG and Nauru (although they have all been reported to have returned ‘voluntarily’). 14 people subject to this policy have died, including one who was murdered by detention guards and six by suicide.

Too long, too much suffering, too costly
We are entering the ninth year of these policies, with considerable damage done to people subject to this policy and their families. The Australian Government has also damaged our international reputation and has received (and ignored) ongoing criticism from some of our closest allies. Our relationship with our Pacific neighbours has been tarnished, and Australia is responsible for creating a punitive system that is secretive, lacks accountability and lacks oversight.

The Australian Government has awarded multi-million dollar contracts to companies without a transparent tender process. In the eight years since 2013-14, the Australian Government has spent over $9.03 billion dollars on this policy (a figure that is likely to be an underestimation, as it only includes the costs that are directly attributed to the offshore processing policy).

The only logical and fair way to remedy this damaging and expensive policy is to end it. However, Australia’s two major political parties are entrenched in their view that they will not waver from the policy implemented by a Labor Government and reinforced by a Liberal-National Coalition. This means that the people affected by this policy face even more years of living in limbo until a durable solution can be found for each of them.

Practical solutions are available right now to improve the situation for people affected
Even within the policy implemented by the Government and supported by the Opposition, there are practical options which will make an immediate difference.

2. Ensure basic support is available to people in the community: The Australian Government must ensure that people subject to the offshore processing policy who are living on temporary visas in the Australian community have access to basic support and a financial safety net, while they await the durable solution processes.

3. Support the US Resettlement Process: The Australian Government must work together with service agencies to support the US resettlement option, including by releasing from detention people engaged in the process, supporting people in the community so that they are not destitute if they cannot secure employment, and communicating regularly so that people are up to date with the latest information.

4. Support other durable solutions: Civil society organisations in Australia and in Canada – led by Refugee Council of Australia, MOSAIC in Vancouver and AdsUp Canada – have come together to create a durable solution for people impacted by these policies by building a Canadian private sponsorship program pathway through Operation Not Forgotten. To date, more than $3.1 million has been donated by Australia and 139 refugees and 90 separated family members are currently being considered for resettlement by the Canadian Government. As groups, volunteers, and individuals have made significant contributions to creating a new and viable solution, it is now time that the Australian Government works to add to these durable solutions by taking up the New Zealand Government’s offer of resettlement places that has been renewed regularly since the start of this policy and ensure that people are supported to prepare for their resettlement.

These are all realistic and practical policy options. We encourage you to contact your local MP and Senators to discuss these solutions and advocate for their immediate implementation. Let us work together to make this the last year we talk about the plight of thousands of people trapped in a system that is denying them a chance to create a future for themselves and their families.

Over 300 organisations, businesses, and community groups call on all Parliamentarians to respond to the crisis in Afghanistan

Over 300 organisations, businesses, and community groups have signed on to a joint letter to all Federal MPs and Senators calling on them to take urgent action on the devastating situation in Afghanistan. The joint... 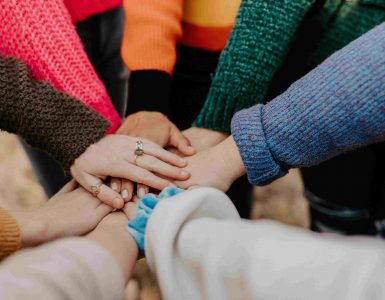 The Australian Government’s review of its Community Support Program (CSP) has highlighted the urgent need for a new model of community sponsorship of refugees which is more affordable, less discriminatory and better...