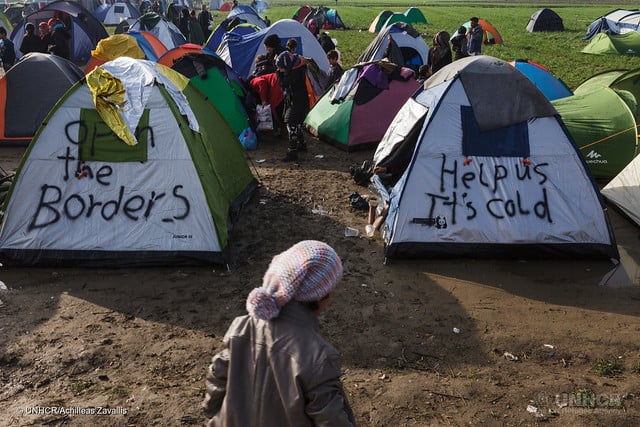 Australian political leaders regularly claim that Australia has one of the most generous refugee responses in the world. But what do UNHCR’s official statistics for 2018 tell us?

UNHCR has now released its 2019 statistics. This page will be updated shortly, but we have updated the related post, ‘How many refugees in the world’?.

How many refugees in the world?

This page uses Tableau Public to display interactive graphs. you cannot see any data, you may be using a privacy plugin such as Privacy Badger that is blocking the data. In that case, you can try disabling the plugin or view the data on the Tableau Public page.

In its 2018 Global Trends report, the United Nations High Commissioner for Refugees (UNHCR) reported that the world’s refugee population had reached 25.9 million by the end of December 2018 and that another 3.5 million were seeking asylum.

Of these, 5.5 million refugees are Palestinians recognised under the mandate of the UN Relief and Works Agency (UNRWA) and 20.4 million are refugees under UNHCR’s mandate.

These refugee population figures tell only part of the story. They exclude refugees who have been resettled but, in Australia’s case, they include those who have been given permanent protection onshore over the past 10 years and refugees on temporary protection visas.

As UNHCR statistics focus on identifying people for whom the agency has a particular responsibility under its mandate, these refugee population figures favour nations in which large numbers of refugees remain in unresolved and protracted situations and give less weight to the contribution of nations offering permanent protection and resettlement.

Many of the outlandish political claims within Australia focus solely on refugee resettlement, despite the fact that so few refugees get access to resettlement. In 2018, just 92,424 refugees were resettled from one country to another, less than 0.4% of the total refugee population.

Recognition of refugees through asylum processes

During 2018, 1.56 million people who sought asylum were recognised as refugees, through group recognition of refugees arriving in larger numbers, individual assessment of asylum claims or through granting temporary protection. The nations in which the largest numbers of refugees were newly recognised in 2018 were Turkey (402,550), Sudan (190,290), Uganda (180,660), Germany (105,540) and Cameroon (55,320).

Australia recognised 10,300 refugees in 2018, most of them given temporary protection visas. In global terms, Australia was ranked 29th for recognition of refugees in 2018 – 30th per capita and 60th relative to GDP.

The most accurate reflection of Australia’s contribution can be found by combining the numbers of given protection for the first time through an asylum or recognition process or given further protection through resettlement. In 2018, 1.65 million people had their refugee status recognised or were resettled.

As numbers vary considerably across different countries from year to year, it is more useful to look at these statistics over a 10-year period. Between January 2009 and December 2018, Australia recognised or resettled 180,790 refugees.

This represented 0.89% of the 20.3 million refugees recognised globally over that period. Australia’s total contribution for the decade is ranked 25th overall, 29th per capita and 54th relative to national GDP.