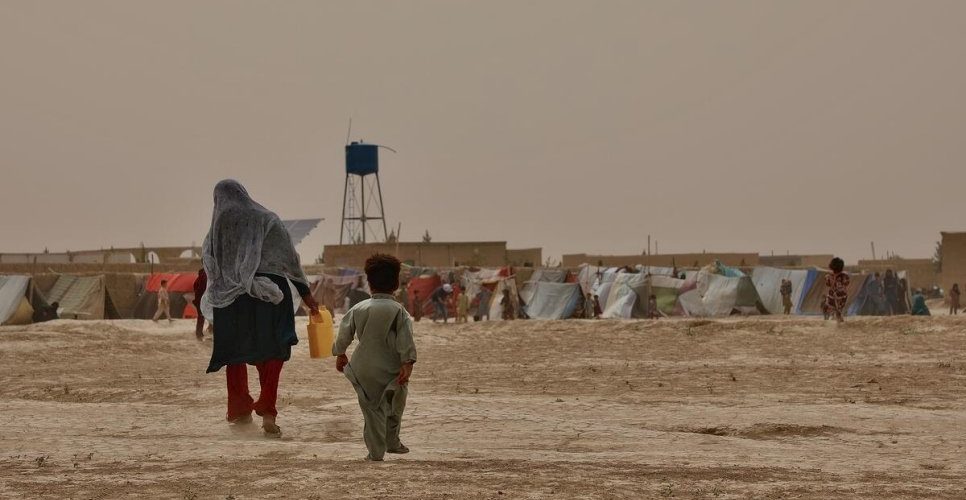 Immigration Minister Alex Hawke announced in January 2022 that the Australian Government would provide at least 15,000 places over four years for Afghan nationals from within the existing humanitarian and migration programs: 10,000 humanitarian visas and 5,000 family migration visas from July 2021 to June 2025.

Since August, members of Australia’s Afghan diaspora and many supporters from across the Australian community had been calling for a special additional intake of 20,000 places for Afghan refugees. Here are seven reasons why the Minister’s announcement caused widespread disappointment.

In September 2015, the Abbott Government committed itself to a special additional allocation of 12,000 visas for refugees from Syria and Iraq on top of the annual humanitarian program of 13,750 places. This resulted in 39,146 Syrians and Iraqis being resettled over the four years from July 2015 – four times more humanitarian visas than now being offered over four years to Afghan refugees.

Just 4,000 humanitarian places will be left once evacuees get permanent visas

Of the 10,000 humanitarian places from 2021-22 to 2024-25, more than 1,000 had already been granted visas by 14 February 2022 – locally engaged employees who had served with Australian forces and refugees who had applied prior to the Taliban takeover. Between 15 August and 14 February 2022, 6,196 people were evacuated from Afghanistan to Australia, with 4,927 of them entering on subclass 449 (Temporary Humanitarian Stay) visas.

These subclass 449 visa holders will be applying for permanent visas during 2022. While they can apply for any permanent visa, application charges for Migration Program visas are considerable (from $4,115 for individual Skilled visas and $7,850 for Partner visas) while Humanitarian Program visa applications are free. As a result, it is expected that almost all of the 4,927 subclass 449 visa holders will apply for and receive humanitarian visas.

Since the fall of Kabul on 15 August 2021, more than 150,000 Afghan nationals have applied for refugee and humanitarian visas in Australia (as part of 32,500 family applications). They and any other applicants outside of Australia will be competing for a pool of just 4,000 remaining humanitarian visas.

The offer of 5,000 family places for Afghans is lower than recent annual intakes

The 5,000 Family Migration program places offered for Afghan nationals over four years represent an annual average of 1,250 places. This is, in fact, lower than the number of Family visas granted to Afghans in any of the past seven years and well below the seven-year average of 1,840 places per year.

More than 28,000 refugee places have disappeared since the 2019 election

The case for a generous response to Afghanistan is compelling

In its 20-year $10 billion military engagement in Afghanistan, Australia deployed more than 39,000 Australian Defence Force personnel and 41 Australians lost their lives. Australia spent $1.5 billion on development assistance, to promote the empowerment of women and girls, human rights, economic development, education, health and effective governance. Those who shared Australia’s vision for Afghanistan’s future are now among those at greatest risk, as the Taliban targets women and girls, its political opponents, people who assisted western governments and members of ethnic and religious minorities.

Since the Taliban overthrew the government of Afghanistan, the country has sunk into a dire economic situation. The UN reports that nearly 8 million Afghan children risk dying of starvation and cold this winter. With at least 800,000 Afghans newly displaced in 2021, the number of Afghans displaced inside and outside of the country has grown to more than 6.5 million.

Compelling needs in other nations are being ignored

The Abbott Government’s creation in 2015 of an additional humanitarian intake for Syrian and Iraqi refugees enabled Australia to respond generously while still being able to issue 28,600 visas over four years to refugees from other countries (including Afghanistan, Myanmar, DR Congo, Ethiopia, Eritrea and Bhutan). By allocating refugee spaces for Afghans from within a capped and reduced humanitarian program, the current Government is leaving little space to resettle refugees from other conflicts, including countries such as Myanmar and Ethiopia which saw mass displacement in 2021. For 2022, UNHCR has identified 1.45 million refugees in urgent need of resettlement but the number of resettlement places is just a fraction of this number. In 2021, just 39,266 UNHCR-referred refugees were resettled globally.

Australians want to make a difference – personally and nationally

In the weeks after the fall of Kabul to the Taliban, refugee and multicultural services around Australia were swamped with calls from Australians who want to help refugees from Afghanistan to make a new life in Australia. These calls came from all corners of the country and people of all backgrounds, offering employment, housing and donations of goods and cash, and wanting to be involved in sponsoring, welcoming and befriending refugees. Many Australians are proud of how our government and community have stepped up in the past to respond to significant refugee crises and how our nation has benefited from the impressive contribution of former refugees. Australia will respond generously again if the Australian Government creates the means to do so though a generous Refugee and Humanitarian Program.

The Government can expand its response in the 2022 budget

When the Government cut the Humanitarian Program in 2020, Acting Immigration Minister Alan Tudge suggested this cut could be reviewed in future years as part of the Budget process. In response to the Taliban takeover, Prime Minister Scott Morrison told Parliament in August 2021 that 3,000 places would be allocated to Afghans from within the existing Humanitarian Program: “I want to stress that 3,000 is a floor; it's not a ceiling. If we need to increase the size of the overall program to accommodate additional persons then we will.” This increase to the Humanitarian Program is now much needed.

The 2022 Budget provides an opportunity to reset the Government response to the crisis in Afghanistan, restoring some of the 28,000 lost humanitarian visas through a special additional intake of 20,000 places over two years. As the Abbott Government illustrated in 2015, this special intake can enable Australia to give priority to refugees in Afghanistan while not forgetting refugees in need elsewhere.